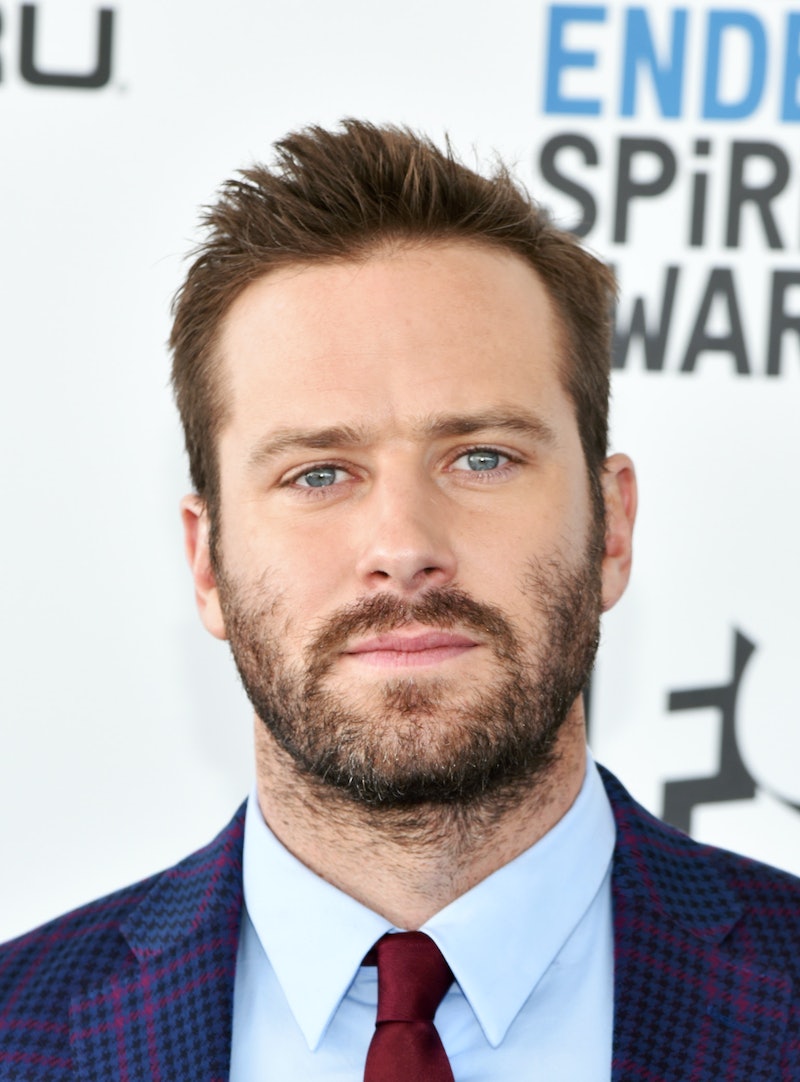 A week after Vanity Fair published an exposé into Armie Hammer and his family’s dark history, the first woman to publicly accuse Hammer of sexual violence is speaking out. Up until now, this person was anonymous and published allegations against Hammer via the Instagram account, “House of Effie,” which is now private. (Gloria Allred, the woman’s attorney, has not confirmed nor denied that the handle belongs to her client, according to Variety.) But on Thursday, March 18, a woman named Effie came forward with sexual assault claims against Hammer. In a press conference, Effie detailed her alleged experience of rape and physical abuse at the hands of Hammer over the course of their four-year relationship, which began in 2017. Via a statement his attorney gave to Variety, Hammer denied the allegations.

“He would often test my devotion to him,” Effie said in the press conference, per Variety, adding, “He abused me mentally, emotionally, and sexually.” Effie, now 24, says she met Hammer when she was 20-years-old. That year, Effie alleges that Hammer raped her. “On April 24, 2017, Armie Hammer violently raped me for over four hours in Los Angeles,” she said on Thursday. “During which he repeatedly slapped my head against a wall bruising my face. He also committed other acts of violence against me to which I did not consent.” Effie said that the abuse, which included striking her feet “so they would hurt” with each of her steps, made her believe that her life could be over. “I thought that he was going to kill me,” Effie said, alleging that when she tried to get away, he wouldn’t let her.

In response to the allegations, Hammer’s attorney maintained their previous statement that his sexual relationships were “completely consensual, discussed and agreed upon in advance, and mutually participatory.”

Allred addressed the actor’s previous denial during the press conference, stating, “Even if a sexual partner agrees to certain sexual activity, she still has a right at any point to withdraw her consent. If she does withdraw her consent … he is legally and morally obligated to stop. If he does not stop, he is then at risk of committing a crime against her.” She then noted his status as a celebrity and suggested that it could have played a role in the alleged abuse. “Often, famous men select vulnerable women, particularly some of their fans, to use and abuse,” she began. “Celebrities often make that choice because they may feel that they can more easily use the power of their celebrity to seduce and manipulate fans who admire or idolize them.” Allred concluded, “They may also count on the fear that many women have of speaking out against a celebrity.”

After the press conference, the Los Angeles Police Department told Variety, “We can confirm that Armie Hammer is the main suspect in an alleged sexual assault investigation that was initiated Feb. 3 of this year.”

Since the initial allegations came to light in January 2021, Hammer’s talent agency, WME, and personal publicist dropped him as a client. Hammer has also withdrawn from multiple roles, and his career is said to be in a state of “freefall.”