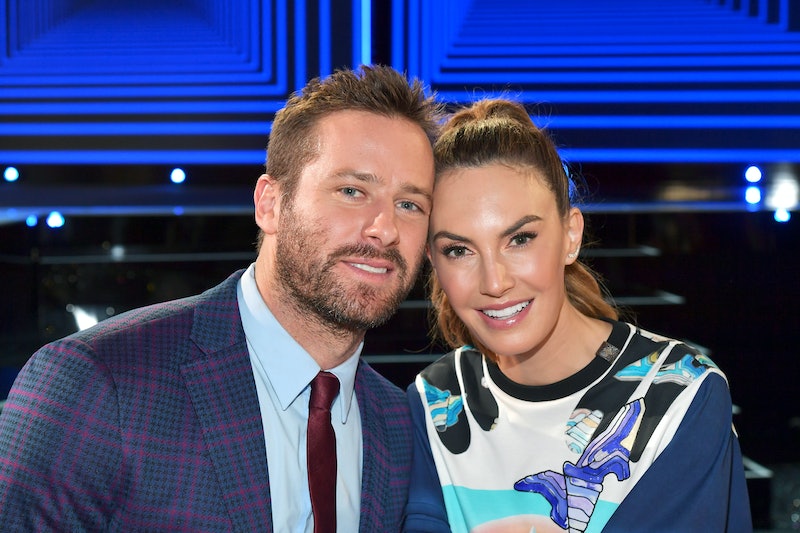 TV personality and entrepreneur Elizabeth Chambers has addressed the claims made against ex-husband Armie Hammer. In an Instagram post shared on Monday, Feb. 1, Chambers said she was “shocked, heartbroken, and devastated” amid the controversy surrounding Hammer’s alleged leaked social media messages; multiple women have accused the actor of abuse and shared screenshots of violent messages he allegedly sent them, some discussing acts pertaining to cannibalism. (Hammer called the allegations “bullsh*t claims” in a statement issued in January and condemned the “vicious and spurious online attacks” against him.)

“For weeks, I’ve been trying to process everything that has transpired,” Chambers began in her Instagram post on Monday. “I am shocked, heartbroken, and devastated. Heartbreak aside, I am listening, and will continue to listen and educate myself on these delicate matters.” Adding that she “didn’t realize how much I didn’t know,” the TV host wrote, “I support any victim of assault or abuse and urge anyone who has experienced this pain to seek the help she or he needs to heal.”

Chambers continued, “At this time, I will not be commenting further on this matter. My sole focus and attention will continue to be on our children, on my work and on healing during this incredibly difficult time.”

Chambers and Hammer, who wed in May 2010, announced their split last July after 10 years of marriage. The two shared a joint statement on Instagram that stated that they had “decided to turn the page and move on” from the marriage, adding: “As we enter into this next chapter, our children and relationship as co-parents and dear friends will remain our priority.” Chambers and Hammer share two children, Harper Grace, 6, and Ford Armand Douglas, 4.

In the wake of the allegations, Hammer dropped out of the Lionsgate action comedy film Shotgun Wedding and the Paramount+ Godfather series The Offer. While the Instagram post marks Chambers’ first official statement on the matter, she also subtly weighed in on the controversy last month after Just Jared shared a report on Instagram about Hammer’s Call Me By Your Name director Luca Guadagnino and co-star Timothée Chalamet teaming up again for a film about a cannibal love story. “He’s not involved, just FYI,” the caption read. Chambers left a comment on the post that said, “No. Words.”

More like this
Dakota Johnson Shocks With Armie Hammer Cannibalism Joke At Sundance
By Radhika Menon
'Wednesday' Star Emma Myers Thinks A Wenclair Storyline Is “Possible” In Season 2
By Alyssa Lapid
Ashton Kutcher Wants Danny Masterson “To Be Found Innocent” In Rape Retrial
By Jake Viswanath
Austin Butler Recalls Lisa Marie Presley Showing Him Elvis’ Bedroom
By Jake Viswanath
Get Even More From Bustle — Sign Up For The Newsletter
From hair trends to relationship advice, our daily newsletter has everything you need to sound like a person who’s on TikTok, even if you aren’t.