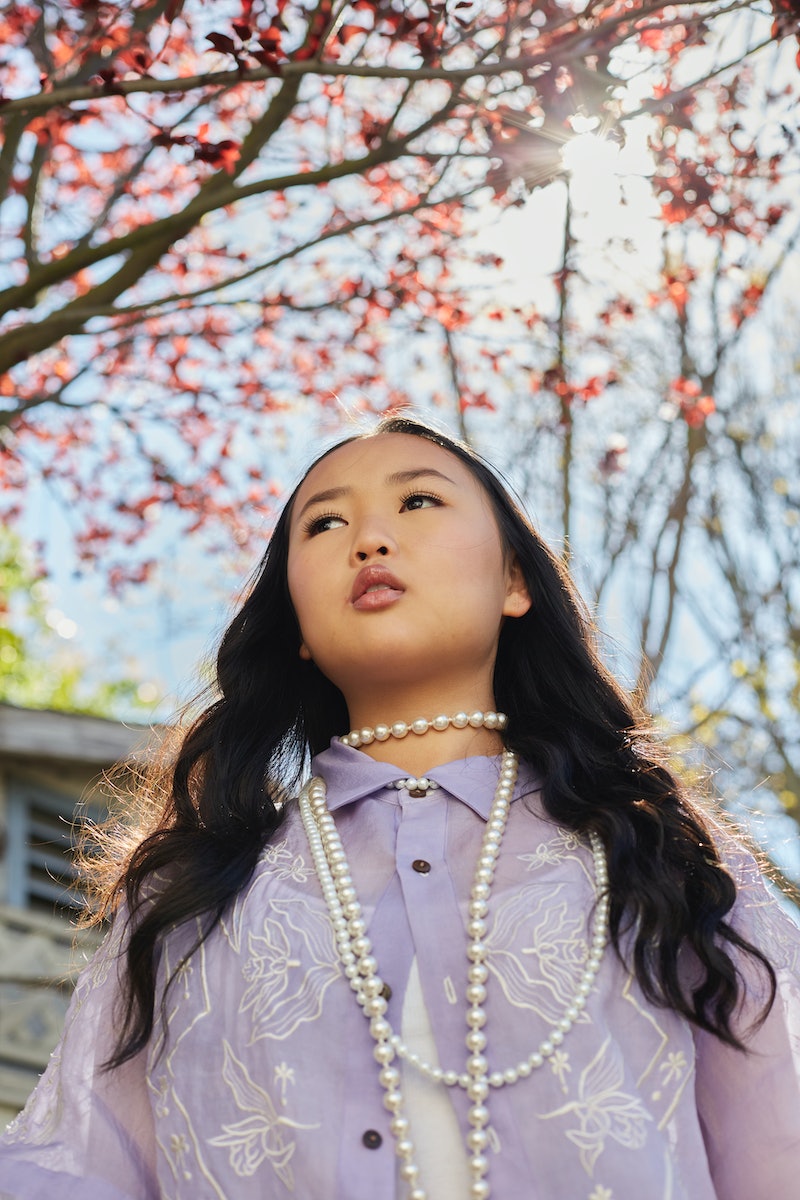 Most people know Ella Jay Basco from her stellar performance as pickpocket Cassandra Cain in Birds of Prey, but acting is just one of Basco’s talents: The 14-year-old is also a musician with a number of singles and an EP under her belt. And on April 29, the Korean and Filipina up-and-comer treated her fans to a new video for her latest single “Gold,” featuring Filipina American rapper and spoken word artist Ruby Ibarra. “Gold” is a catchy, powerful anthem about AAPI pride, arriving just in time for Asian American and Pacific Islander Heritage Month.

“Growing up I had a very supportive family, so on one hand I received a lot of positive enforcement,” she tells Bustle. “On the other hand, I have been bullied for my race by kids at school. Trying to break that mentality and the model minority myth is really important to me — especially teaching other girls, hopefully my kids, the next generation. We’re not just a stereotype. We’re more important than that.”

The video starts with a faux ’50s-style commercial, in which Basco touts “Brown Be Gone” soap from “Karen and Karen.” The product’s side effects include “complicity, inauthenticity, hallucinations of Anglo features, and confusions of self-worth,” Basco explains. “We came up with the idea of doing a commercial that shines a light on the billion-dollar skin-lightening industry that tells girls and young women to lighten their skin in order to be socially accepted.”

Basco wipes her face to expose her true skin color, then escapes to a multicolored reality, singing, “Head to toe I’m dipped in gold ... When you learn to love your true reflection / You’ll always be rich with a gold complexion.” Images flash behind her on a projector: news clippings of racism and hate crimes against AAPI communities, but also sweet family photos of Basco surrounded by her family. She worked with director Leslie Alejandro to “keep that balance of empowering women and at the same time exposing what’s going on in the AAPI community,” Basco adds, referencing the rise in anti-AAPI violence and bigotry in the U.S.

“Gold” is rich with punchy lines, but Basco’s favorite is: “I’m a boss bitch and I’m beautiful / You’re a boss bitch, that’s beautiful.” She explains that “owning that empowerment and loving who you are and using a bad word to explain it gives it that extra oomph. My little cousins love singing that line because my aunt lets them say it.”

Indeed, her family’s all in. Basco created the song with her brother Darryl J. Basco; her aunt Arianna Basco and father Derek Basco served as executive producers. A vocal supporter of AAPI creatives, Basco also ensured that the rest of the video’s cast and crew were of Asian descent.

All of this is incredibly impressive, particularly for a teenager — but Basco’s just getting started. She says that music’s her main focus right now, and that she’d love to work with the “awesome” Ibarra again. But in the meantime, she’s busy celebrating: “I’ve been getting a lot of love and support, which is very much appreciated.”