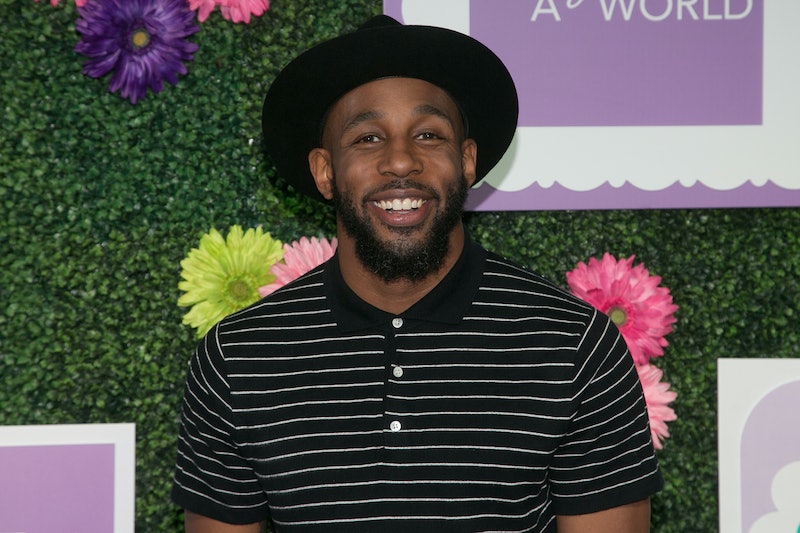 Many employees of The Ellen DeGeneres Show, both past and present, have spoken out about the toxic work environment they've allegedly experienced on the show, but it seems not all members of the crew feel this way. Ellen DJ Stephen "tWitch" Boss recently came to the show's defense during an interview with E! News, insisting that he is actually looking forward to returning to work and "experiencing the love there" with everyone on set.

"You know, there hasn't been too many gigs where you feel it every day and build a genuine love from front to back. And the audience, being so happy to be there and ready to dance and ready to laugh and have a good time," he explained about his own experience on the show, adding that his involvement in the process makes him feel "blessed... on a daily basis."

This echoes similar statements Boss made amid the talk show controversy, admitting to Us Weekly that while there are "things to address" behind the scenes, there's also been a lot of love. "We can't speak too much legally about it, but I'll say this, there's been love," Boss told the outlet on Tuesday, Aug. 11. "Obviously there's some things to address, but from my standpoint and from countless others, there's been love. I'll just leave it at that until there's a time where we can address more publicly. There's been love and there will continue to be love."

Boss' statements mark a major contrast to those of his predecessor, former Ellen DJ Tony Okunbowa, who left the show back in 2013 and recently spoke out about his own experience on the show, admitting that he witnessed several counts of "toxicity" firsthand during his employment. "While I am grateful for the opportunity it afforded me, I did experience and feel the toxicity of the environment and I stand with my former colleagues in their quest to create a healthier and more inclusive workplace as the show moves forward," Okungbowa wrote in an Instagram post on Tuesday, Aug. 4.

Ellen DeGeneres has been under fire for more than a month now after Buzzfeed News reported accounts of one current and 10 former employees experiencing a toxic work environment on set along with citing allegations of racism, hostility, and sexual misconduct. For her part, DeGeneres has addressed the accusations in a letter to her staff, promising to have "conversations about fairness and justice" with everyone moving forward.

Like Boss, other celebrities have come to the comedian's defense, including Katy Perry, Ashton Kutcher, and Diane Keaton, while others like Brad Garrett and Lea Thompson have agreed with the complaints against DeGeneres, claiming to know more than one person who was treated poorly by her on the show.

Clearly, it's time that The Ellen DeGeneres Show made some changes. Let's just hope that they end up being for the better.