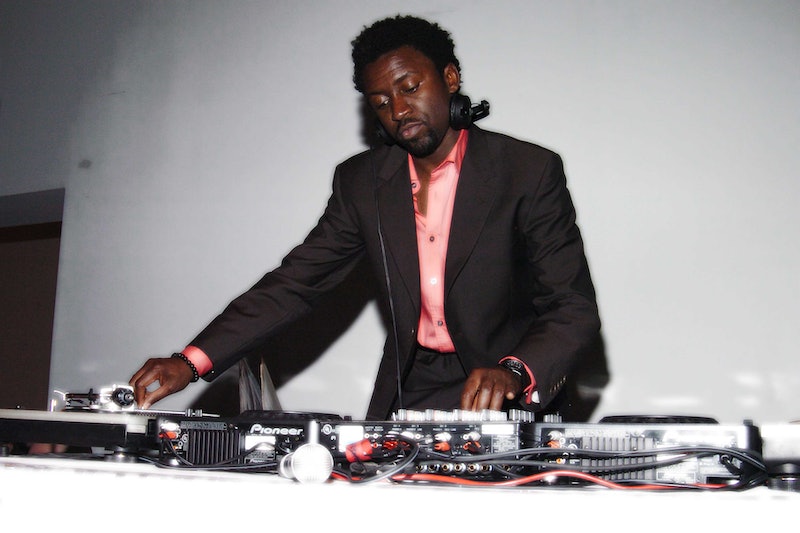 As numerous celebrities come to Ellen DeGeneres' defense regarding the recent allegations of creating a toxic work environment, including allegations of workplace harassment, made by both past and current employees, the show's former DJ Tony Okungbowa is speaking out about his own experience on The Ellen DeGeneres Show. Okunbowa, who appeared as DJ Tony for a total of 9 years, shared a statement on Instagram and Twitter on Tuesday, Aug. 4, in which he supported the workers. In fact, he admitted to witnessing several counts of "toxicity" firsthand behind the scenes throughout his many years of employment on the daytime talk show before getting replaced by Stephen "tWitch" Boss in 2014.

"Hey Guys, I hope you are all keeping safe out there during these trying times. I have been getting calls asking me about the Ellen Degeneres Show and I would like to address the time I spent there," Okungbowa captioned the post. "I was on air talent from 2003-2006 and from 2007 -2013. While I am grateful for the opportunity it afforded me, I did experience and feel the toxicity of the environment." The Bob Hearts Abishola star went on to add that, in light of the allegations against DeGeneres and several producers, "I stand with my former colleagues in their quest to create a healthier and more inclusive workplace as the show moves forward."

The allegations surrounding the show first began back in July after one current and 10 former employees anonymously shared their negative experiences of working on the show with Buzzfeed News, describing a hostile and discriminatory work environment. DeGeneres has since addressed the accusations in an internal letter to the staff and apologized for not being aware of this problem prior to now. She also promised that she was committed to "having conversations about fairness and justice."

However, the story has continued to gain traction throughout the country with many even calling for DeGeneres to be replaced as host. This has prompted numerous celebrities to come to the Finding Dory star's defense, including Katy Perry, Kevin Hart, Diane Keaton, Ashton Kutcher, and DeGeneres' wife Portia de Rossi. "She & her team only treated me & my team w/ respect & kindness," Kutcher tweeted on Tuesday. "She never pandered to celebrity which I always saw as a refreshing honesty. When things aren't right she handles it and fixes."

But, as many have pointed out, the issues being discussed are not about how DeGeneres treats her A-list celebrity guests, but how she treats her staff. As pointed out by Crazy Ex-Girlfriend's Rachel Bloom, who reminded her followers and fellow Hollywood comrades via Twitter that "having a good time being a guest does not necessarily have anything to do with the experiences of the employees."

It still remains unclear where the show (and DeGeneres' role in all of it) will go from here, but hopefully it will result in some positive changes both in front of and behind the camera.

More like this
Blake Abbie Was In A 'Boys Over Flowers' Reboot Before 'Bling Empire: New York'
By Alyssa Lapid
Hannah Ann Got Engaged 3 Years After 'The Bachelor' & The Proposal Was Dreamy
By Grace Wehniainen
10 Photos Of The Wildest Limo Arrivals From 'The Bachelor' Premiere
By Brad Witter
Khloé Kardashian Writes Touching Instagram Tribute To Tristan Thompson’s Mother
By Alyssa Lapid
Get Even More From Bustle — Sign Up For The Newsletter