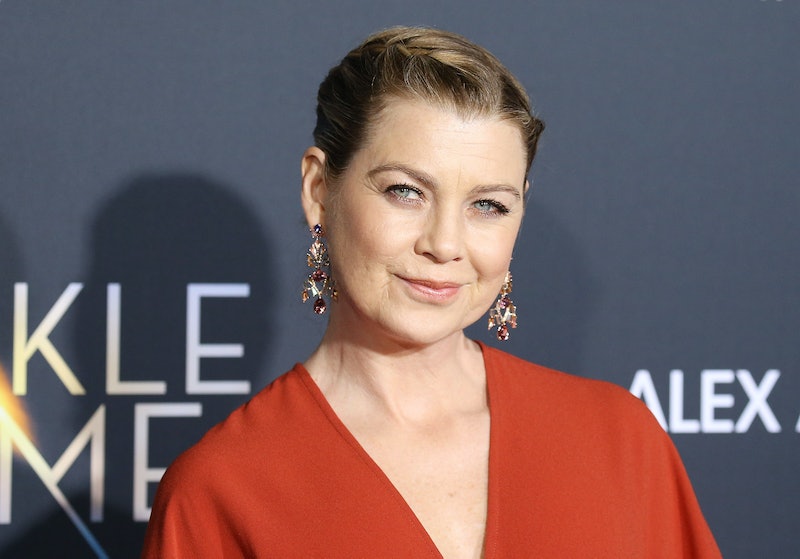 Sorry, Grey’s Anatomy fans, but Ellen Pompeo’s acting career might be nearing its end. During a recent appearance on the Ladies First With Laura Brown podcast, the actor spoke candidly about what the future might hold once the hit medical drama wraps for good. “I’m not saying I’ll never act again, I very well may, but I’m not super excited about continuing my acting career,” she said. Instead, Pompeo has other projects she would rather work on, including starting her own business.

“I’m more entrepreneurial at this stage,” the 51-year-old continued. “I’m excited about investing in businesses, and starting a business. That’s an area of growth that I’m excited about, using my brain in a different way.” Pompeo, who has starred as Dr. Meredith Grey since the show’s premiere in 2005, went on to explain that acting has become a bit stale at this point in her career. “The acting I feel like, even though I haven’t done a million different roles, I feel like I’ve done it,” she said, adding that all of the traveling and late nights have become a bit much.

“Sitting around in trailers, traveling around, shooting this in Atlanta, shooting that in Vancouver. I have no desire to go sit in trailers at 11 o’clock at night and wait to shoot scenes and have ADs knock on my door and tell me when I can eat lunch,” she continued, adding that the hustle and bustle of Hollywood is better suited for “the young at heart.” And after 18 seasons playing the same role, Pompeo said that there were many times throughout her career that she felt stuck.

“When I was in my 30s, I absolutely saw myself as in a box,” Pompeo said. “That’s why I stayed on the show, because I said, ‘Holy sh*t. By the time I can negotiate my contract again and get out of this I’m going to be almost 40 years old.” At that time, she felt like being 40 meant that her acting career was over. However, Pompeo has since changed her perspective entirely. “Now that I’m 50, I don’t see myself that way at all,” she said. “I think of myself that I can do whatever I want, or I can do nothing at all, quite honestly.”

This isn’t the first time that Pompeo teased the end of Grey’s Anatomy. In 2019, for example, she told TVLine that she had been planning her exit from the series for a while. “I keep saying, ‘I’m ready to move on and I want to stop the show before the ratings go down,’ but the ratings never go down!” she said. “They go down a little bit, but the fact that we are able to hold our [title as ABC’s No. 1 series] is kind of [incredible]. It’s very cool to have these kind of ratings and be on a hit network show in this [Peak TV] landscape.”

While it remains unclear when Grey’s will end, Pompeo has started branching out and trying new things. “I’m definitely working on my next chapters so to speak,” she said on Ladies First. Her upcoming podcast, Tell Me, is among the many “really exciting” projects she’s currently working on. “[I thought], ‘Let me go out there and do something I’ve never done before and try something completely different for absolutely no other reason than to try something different because I haven’t for so long,’” she said. “If it fails, it fails, but at least I’m trying something new.”

More like this
Shonda Rhimes Responded To The Surprise Exit Of A Day 1 'Grey's Anatomy' Figure
By Grace Wehniainen
Raven-Symoné Addressed Fan Pushback To Her Name's Actual Pronunciation
By Stephanie Topacio Long
Ashton Kutcher Wants Danny Masterson “To Be Found Innocent” In Rape Retrial
By Jake Viswanath
'Wednesday' Star Emma Myers Thinks A Wenclair Storyline Is “Possible” In Season 2
By Alyssa Lapid
Get Even More From Bustle — Sign Up For The Newsletter
From hair trends to relationship advice, our daily newsletter has everything you need to sound like a person who’s on TikTok, even if you aren’t.