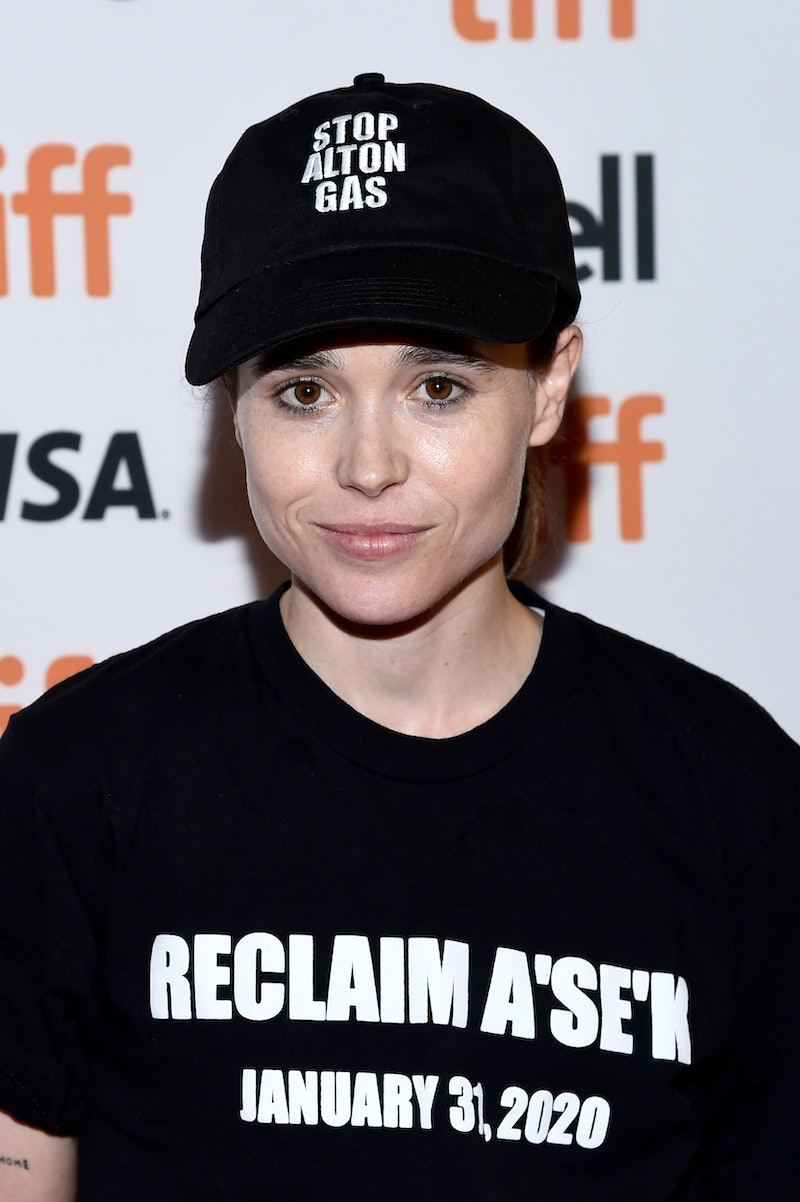 It’s been roughly five months since Elliot Page came out as transgender, and now he’s sharing even more details about his journey. In an interview with Vanity Fair published on Wednesday, April 28, the Umbrella Academy actor revealed the moment he knew that he was a boy — and it was probably a lot earlier than some people might think. “I knew I was a boy when I was a toddler,” Page said. “I was writing fake love letters and signing them ‘Jason.’ Every little aspect of my life, that is who I was, who I am, and who I knew myself to be.”

The Oscar-nominated actor went on to explain how, despite always knowing who he was, it was very difficult to be told as a child that he was wrong about his own gender identity. “I just couldn't understand when I’d be told, ‘No, you’re not. No, you can’t be that when you’re older.’ You feel it,” the 34-year-old continued, adding that he’s just now getting back to feeling like his true self. “It’s so beautiful and extraordinary, and there’s grief to it in a way.”

Page first came out in a heartfelt letter on social media in December 2020. “I can’t begin to express how remarkable it feels to finally love who I am enough to pursue my authentic self,” he wrote at the time. And now that a few months have passed, he told Vanity Fair that he’s a lot more “comfortable and present” and that it’s spilling over into other areas of his life. “It’s hard to imagine that that’s not affecting the work, because, really, being present is ultimately what you’re going for — you’re just ultimately trying to crack open and be present and connect to the truth of the moment,” he said. “So I’m imagining the more I get to embody who I am and exist in the body I want to exist in, there’ll be a difference.”

Coming out has impacted more than just Page’s work, though. “The most significant difference is that I’m really able to just exist,” he said, explaining that it’s been such a relief living his life authentically. “For the first time in, I don't even know how long, [I am] really just being able to sit by myself, be on my own, be productive, and be creative.” He continued, “This is the first time I’ve even felt really present with people, that I can be just really relaxed and not have an anxiety that’s always pulling.”

Now that Page is feeling less anxious, he’s been able to focus on finding more ways that he can use his platform to help the trans community. In addition to his Vanity Fair interview, the Juno star sat down with Oprah Winfrey for her Apple TV+ series, The Oprah Conversation, which is set to air on Friday, April 30. In the interview, he spoke about the importance of fighting against current anti-trans legislation that would limit trans people’s rights and impact their access to healthcare.

“The rhetoric coming from anti-trans activists and anti-LGBTQ activists — it's devastating,” Page said in the clip. “These bills are going to be responsible for the death of children. It is that simple. So [this interview] felt like an opportunity to use a wide-reaching platform to speak from my heart about some of my experience and the resources I've been able to access — whether therapy or surgery — that have allowed me to be alive, to live my life.”

Given his platform, Page also told Oprah that he felt a responsibility to bring awareness, especially considering how much transgender youth are struggling. “It felt important and selfish for myself and my own well-being and my mental health,” he said, “and also with this platform I have, the privilege that I have, and knowing the pain and the difficulties and the struggles I faced in my life, let alone what so many other people are facing. It absolutely felt crucial and important for me to share that.”

More like this
'Wednesday' Star Emma Myers Thinks A Wenclair Storyline Is “Possible” In Season 2
By Alyssa Lapid
Ashton Kutcher Wants Danny Masterson “To Be Found Innocent” In Rape Retrial
By Jake Viswanath
Austin Butler Recalls Lisa Marie Presley Showing Him Elvis’ Bedroom
By Jake Viswanath
Alec Baldwin Charged With Involuntary Manslaughter In 'Rust' Shooting Death
By Alyssa Lapid
Get Even More From Bustle — Sign Up For The Newsletter
From hair trends to relationship advice, our daily newsletter has everything you need to sound like a person who’s on TikTok, even if you aren’t.