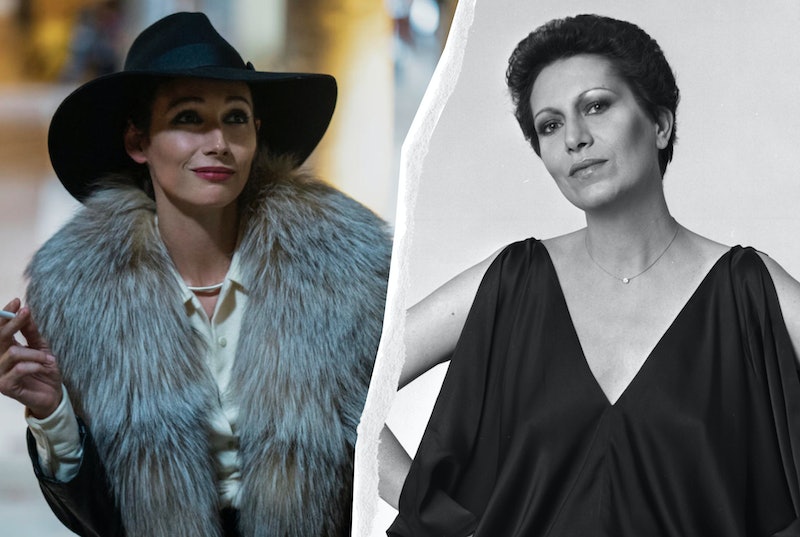 While Ewan McGregor may be the star of Netflix’s Halston, Rebecca Dayan’s portrayal of Halston’s muse Elsa Peretti certainly steals the spotlight at times. The same can be said for her real-life counterpart, who – as well as being one of the world’s most well-known jewellery designers – was the inspiration behind many of Halston’s creations.

Born in Florence, Italy, Peretti initially set her sights on a degree in interior design before moving to Barcelona to pursue modelling. It was here that she met the surreal artist Salvador Dali and became an integral part of his inner circle, and found an interest in sculpturing.

Peretti also started working as a model during this time, which would eventually lead her to New York City in 1968 and to her soon-to-be-best-friend, Roy Halston. Soon she became a regular at the legendary Studio 54, where she hung out with Andy Warhol and other famous artists.

A year after moving to the Big Apple, Peretti began her jewellery career in Manhattan. Her first design, a small sterling silver vase on a leather thong necklace, made its debut at a Giorgio di Sant’ Angelo show and was later a major source of inspiration for the bottle of Halston’s first perfume. By 1971, Peretti started designing jewellery for Halston and became a frequent collaborator of the designer as well as his muse.

“Elsa was different from the other models,” Halston said of his friend, according to Vanity Fair. “The others were clothes racks – you’d make them up, fix their hair, and then they’d put their blue jeans back on. But Elsa had style: she made the dress she was modelling her own.”

It was through Halston that Peretti began her long-standing career at Tiffany & Co., as the designer introduced her to the company’s CEO in 1974. She made her start with a sold-out collection and went on to become one of the retailer’s most critically acclaimed designers – so much so that in 2012, her designs “accounted for 10% for the company’s sales worldwide” according to Forbes. Her designs included the famous Diamonds by the Yard collection as well as her bone cuff bracelets worn most recently by Gal Gadot in promotional material for Wonder Woman 1984.

“The day Elsa Peretti became a part of Tiffany & Co. was the day we entered a new era in our history or design innovation,” Michael J. Kowalski, former Chairman and CEO of Tiffany & Co. said. The company went on to describe her work as representing a “love for life, the warmth of a generous host and the idea that beauty and utility should always be as one.”