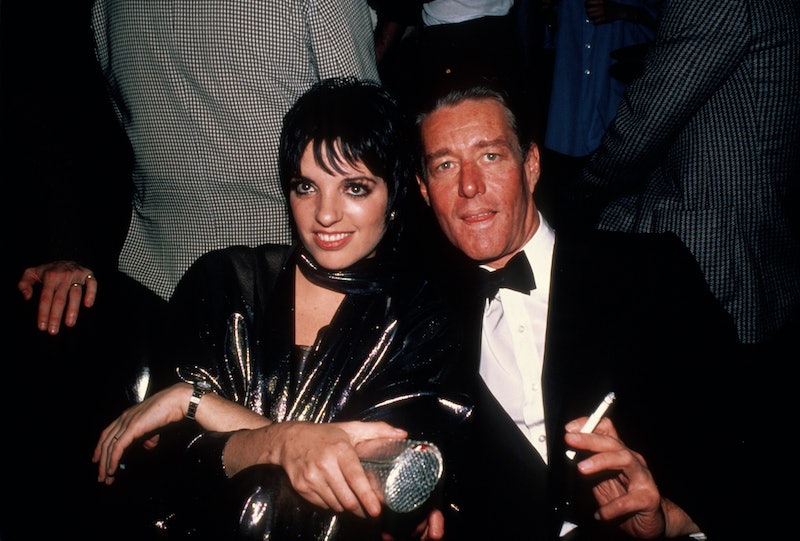 Before Paris and Nicole, Michelle and Busy, or Spongebob and Patrick, there was Halston and Liza Minnelli. Their ride-or-die friendship is one of the highlights of Halston, Netflix’s new limited series about the late fashion designer.

The real Halston and Minnelli had an instantaneous connection upon meeting, and the performer soon became Halston’s muse. They were often seen everywhere together, most famously at Studio 54 in Midtown Manhattan. She also almost exclusively wore Halston’s creations, especially in the beginning of her career. Minnelli has said that Halston told her “what to wear every second.” Their friendship was like a New York love story, albeit a platonic one — though sometimes, those are the most powerful. Halston's personal and professional life was tumultuous, but so was Minnelli’s, and they remained by each other’s side until his death in 1990. Minnelli upholds his legacy today by continuing to wear his designs.

Prior to filming, Ewan McGregor — who plays Halston in the show — met with Minnelli, and reassured her that he would do her friend justice. The actor who portrays Minnelli in the show, however, didn’t end up speaking with her real-life counterpart. “I didn’t want to force her to have to give a blessing,” Krysta Rodriguez tells Bustle. Still, McGregor’s meeting ended up helping her on set. “I think Ewan got a real sense of Liza and Halston’s relationship when he met with her,” Rodriguez says. “So it was infectious, it was very easy to understand how much they cared for each other when Ewan and I got on set together.”

But how much of the pair’s close relationship is depicted accurately in Halston? Below, an overview of Halston and Liza Minnelli’s iconic friendship.

Minnelli had fallen in love with Halston’s designs before they even met. On a trip to Bloomingdale’s with her godmother, Kay Thompson, Minnelli was drawn to a Halston sweater suit — so Thompson took her to meet Halston himself in his Manhattan studio. They became fast friends, and soon he was dressing her for events everywhere, from the red carpet to Studio 54 to his gorgeous townhouse on 63rd Street, where they would often kick back and enjoy some privacy.

“We got along instantly, and he became my fashion mate. I did what he said,” Minnelli said in a 2011 interview with Harper’s Bazaar. “He really took care of me.”

Minnelli is known for styling her hair in a pitch-black pixie cut and wearing a long buttoned men’s shirt, black tights, and heels — and you can thank Halston for a lot of that. They spent ample time figuring out what looked best on Minnelli’s petite frame, something she’s still grateful for.

"If I liked something that he didn't think was right, he would tell me, 'No, that is not the right shape for you; you need to hang everything off your shoulders.' I'm broad shouldered, short waisted, and long legged, so you hang it off here," said Minnelli in that same Harper’s Bazaar interview.

They partied frequently at Studio 54 together.

Anyone who was anyone was at Studio 54 in the ’70s, and that included Minnelli and Halston. Liza’s enigmatic personality complimented Halston’s suave and subdued demeanor, and they were often accompanied by Andy Warhol, Cher, Bianca Jagger, Anjelica Huston, Truman Capote, Debbie Harry, among other iconic artists and socialites. Minnelli was regularly seen wearing Halston’s fluid garments at Studio 54, with or without the designer on her arm. They traveled the world, attended the hottest parties, and played as hard as they worked.

She wore a Halston gown when she won her Oscar.

When Minnelli was awarded the Oscar for Best Actress for her legendary performance as Sally Bowles in Cabaret, she of course wore Halston to the ceremony. They developed the look together: a floor-length yellow gown with a matching cardigan, complemented by accessories provided by Halston himself.

“My father’s favorite color was yellow. I wore that and jewelry that Halston had picked for me for that night,” Minnelli told Variety in 2020. “I said to my dad, ‘Do I look all right?’ He said, ‘You look perfect because you’re not overdressed and you’re not underdressed.’”

She performed in Halston’s runway show at the 1973 Battle of Versailles.

The Battle of Versailles fashion show put American fashion on the map, and Liza was part of that success. When five American designers were invited to “compete” against five French powerhouses in a fashion faceoff at the Palace of Versailles, no one anticipated that the Americans would come out on top. The French may have been the longtime masters, but the Americans’ vibrant, carefree energy stole the show. During Halston’s portion of the show, Minnelli performed “Bonjour Paris!” as the models swished and swirled across the stage in the designer’s signature flowing caftans and gowns. As Minnelli later recounted in Frédéric Tcheng’s 2019 documentary about Halston, the crowd “went bananas.”

When Halston had his infamous meltdown during rehearsals, Minnelli was the only one able to calm him down. She was one of few people who ever could.

She refuses to say anything negative about Halston to this day.

Halston died in 1990 at 57 years old, and Minnelli still holds their friendship close to her heart. Even three decades later after his death, she refuses to say a negative word about him.

“It’s very hard to do an interview about your best friend, especially if what’s popular in that day and age is digging a little. I don’t like it. I hated it when they did it to my mother, or my father, or myself. And I won’t do it to Halston. I just won’t. I r-r-r-r-efuse,” Minnelli said with a theatrical roll of the ‘r’ at the end of Tcheng’s documentary.