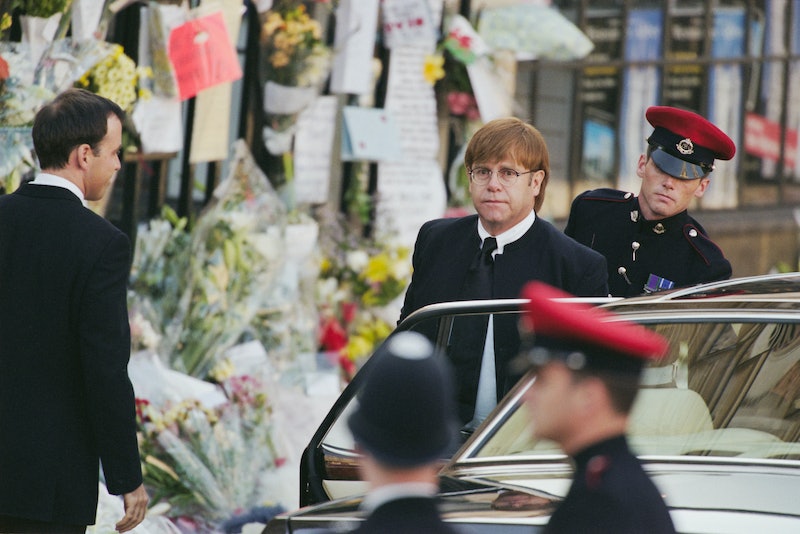 On Sept. 6, 1997, more than 3.2 million people tuned in to watch Princess Diana’s funeral service at Westminster Abbey, where Elton John arguably delivered one of the most poignant and memorable performances in modern British history. Newly released records have revealed that the performance almost didn’t happen, and that Elton John was originally slated to sing a very different tune.

In the records released by the National Archives, the Dean of Westminster, Very Rev Dr Wesley Carr, is shown to personally recommend to Buckingham Palace that Elton John sing “Candle in the Wind,” despite fears from the Palace that the song would be too “sentimental.”

Per The Guardian, initial drafts showed the lyrics to Elton John’s 1970s hit “Your Song” was written into the order-of-service, however, in a second draft sent to the Palace, the Dean of Westminster urged for “the unexpected” and “boldness” and substituted the song for “Candle in the Wind” instead.

“This is a crucial point in the service and we would urge boldness. It is where the unexpected happens and something of the modern world that the princess represented,” he wrote, via The Guardian. “I respectfully suggest that anything classical or choral (even a popular classic such as something by Lloyd Webber) is inappropriate.”

The Dean of Westminster went on to suggest that “Candle in the Wind” would “be imaginative and generous to the millions who are feeling personally bereaved,” adding that “it is popular culture at its best.”

He then went on to add, “If it were thought the words too sentimental (although that is by no means a bad thing given the national mood) they need not be printed – only sung.”

At the Dean’s request, the emotional song, which was originally written for Marilyn Monroe, was eventually rewritten by John’s songwriting partner, Bernie Taupin, as Goodbye England’s Rose. Soon after John’s performance, “Candle in the Wind” (originally released in 1973) became one of the biggest selling singles of all time, and it still is to this day.