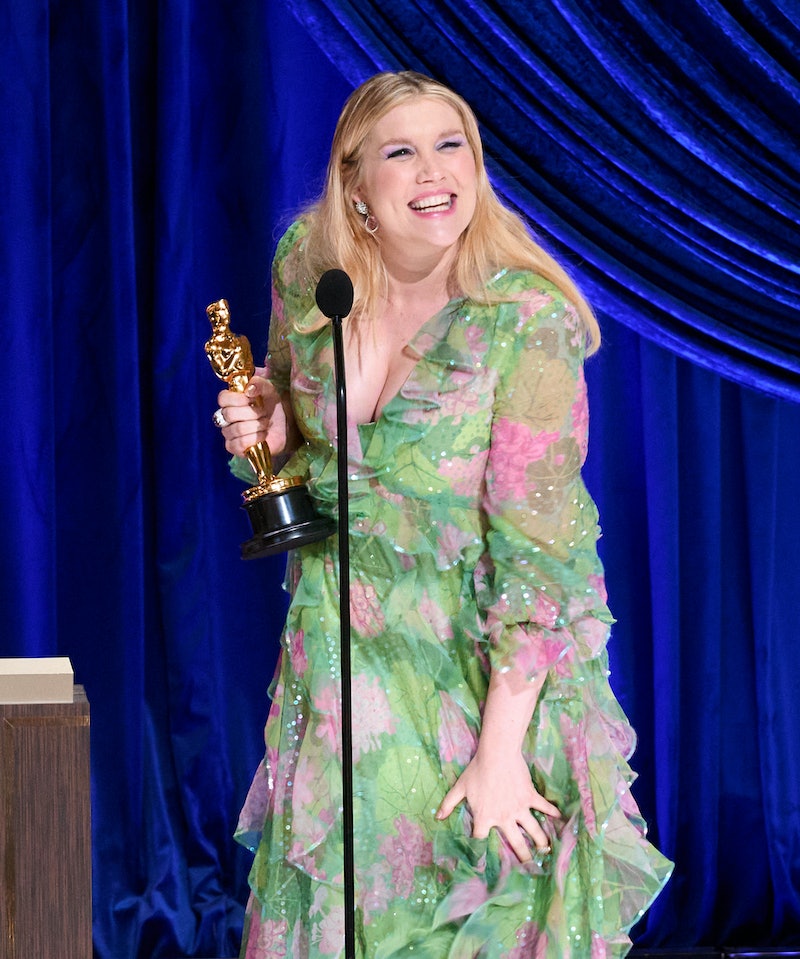 Noticeably surprised by the win, Fennell said: “They said write a speech and I didn’t, because I just didn’t think this would happen, and I’m going to be in trouble with [producer] Stephen Soderbergh.”

In the lovely moment, Fennell said she contemplated reading out a speech she wrote when she was just 10, where she imagined the teen heartthrob as her husband.

“The only speech I ever wrote was when I was 10, so I had a look to see if there was anything useful from it, but it mostly thanked Zack Morris from Saved By The Bell, my very supportive husband,” she joked, adding: “Unfortunately, he hasn’t been as much a part of my life as I’d hoped, and so that speech is not that useful.”

The Crown star continued: “All I can say is — trying hard not to cry, which is difficult as an English person, who doesn’t cry, ever — this film was made by the most incredible people in the world who made it in 23 days, and they just brought their complete genius and love and humour to it.”

Fennell’s speech appeared to be a hit with viewers, with writer Amil Niazi tweeting:

“Emerald Fennell is giving a classically British speech – self-effacing, mildly embarrassed, a nod to an American pop culture oddity and then serious turn with hint of tears.”

Fennell, who also directed the feminist thriller, also thanked her family, Carey Mulligan, the “kindest” cast and crew and the film’s producers for “standing behind this film always, and for never giving up.”