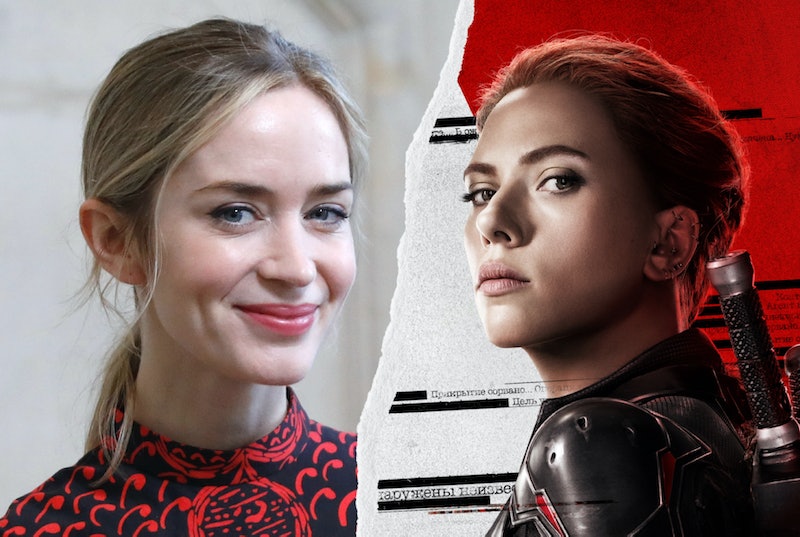 Scarlett Johansson has portrayed many well-known characters in big budget films, but perhaps her most recognizable and successful role is Natasha Romanoff, otherwise known as Black Widow, in the Marvel Cinematic Universe. While she may have taken that name and made it her own, the part almost went to someone else, who surely would have portrayed the beloved comic figure very differently.

Emily Blunt just confirmed that she was once up for the role of Black Widow, and it’s one she wanted to play very much. Sadly, she was forced to turn it down, she said during an interview on The Howard Stern Show. Johansson eventually took on the challenge to much success. The Quiet Place II actress took the opportunity to clear up how the whole thing went down, as apparently there have been some misconceptions about the swap.

After Stern suggested that Blunt had to step out of contention for Black Widow as she was too busy with filming the 2010 comedy Gulliver’s Travels, the star jumped in to clarify what really happened. “No, no, no. I actually do want to clean up the story,” Blunt began, before spilling the tea on what went down behind the scenes. Blunt makes it clear that she was obligated to appear in the family film, but that it wasn’t her ideal role. “I was contracted to do Gulliver’s Travels. I didn’t want to do Gulliver’s Travels.” Stern helped the audience understand, with the actresses’ approval, that at one point, in order to secure her star-making turn in The Devil Wears Prada, she had to sign on to do other projects for the same studio.

That negotiation meant the studio had power over her, and eventually she selected the picture simply to get out of the deal. The actress went on to call the whole situation, “A bit of a heartbreaker,” as she apparently takes “such pride in the decisions that I make ... the films that I do.” Blunt further hammered home her viewpoint on selecting roles, adding that she cares “very deeply about the choices I make. That’s all I have.”

Johansson first appeared as Black Widow in Iron Man 2, the sequel to the film that helped launch the plethora of incredibly successful superhero movies that have dominated box offices for more than a decade now. Following her turn in that film, the two-time Academy Award-nominated actress went on to portray the beloved character in The Avengers two years later. That series went so well, she returned for five more features: Captain America: The Winter Soldier, Captain America: Civil War, Avengers: Age of Ultron, Avengers: Infinity War, and Avengers: Endgame. The latter title now stands as the highest-grossing movie of all time, when not adjusted for inflation, as it brought in nearly $2.8 billion in ticket receipts during its history-making theatrical run.

Johansson will return to the role this summer in the appropriately-titled Black Widow, which brings Marvel back to the big screen following the closure of movie theaters during the global coronavirus pandemic.