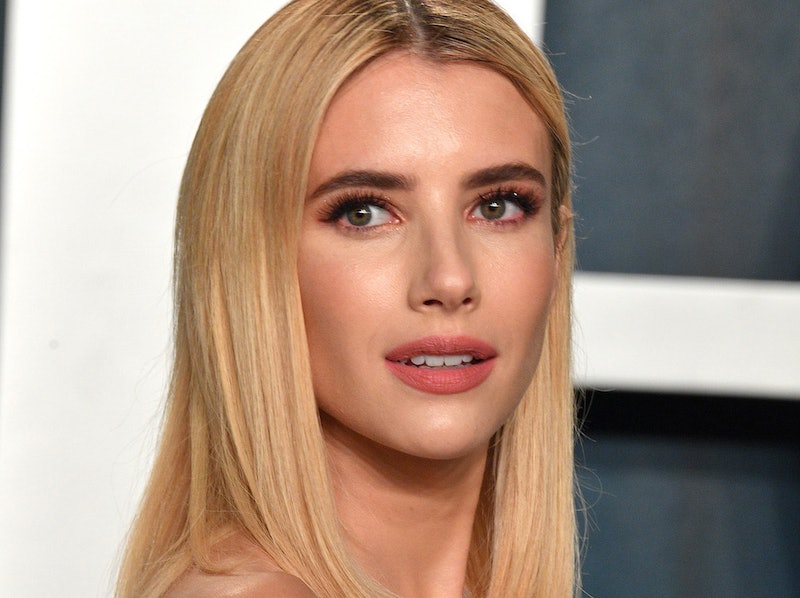 Here’s a good story to tell the baby: Emma Roberts blocked her mom on Instagram after she unwittingly spilled the beans about her pregnancy. The American Horror Story actor appeared on Jimmy Kimmel Live on Monday, Oct. 19 and detailed the “Instagram war” that ensued between her and her mother, Kelly Cunningham, after Cunningham confirmed her daughter’s pregnancy in her Instagram comments section. According to Roberts, the decision to gift her mom an iPhone for Mother’s Day backfired in a big way.

“I was keeping my pregnancy pretty low-key, but unfortunately, my mother has Instagram,” Roberts said. “Which, mothers and Instagram, it’s a bad combination.” She then explained that she purchased her mom an iPhone to replace her old-school flip phone, which didn’t even have a camera. “I was, like, 'Now we can FaceTime and iMessage. Like, how sweet.' And it was just such a love fest. And it was the worst thing I ever did,” Roberts said. “It started slow,” she explained of Cunningham’s Google Alerts of her.

When she got Instagram, however, Cunningham’s followers grew from a “couple hundred” to a “couple thousand" — and it “led to just interacting with my fans” and “thanking them for their pregnancy wishes,” Roberts said. "It was a disaster."

The actor then explained there was major miscommunication. “When I said to her, 'Mom, you revealed my pregnancy,' she goes, 'Emma, you announced it,'" Roberts said. "I said, 'No, I didn't. That was a tabloid.' She's like, 'Oh, that wasn't clear.'"

She then blocked her own mother on Instagram, if only temporarily. Roberts explained, “It was my only weapon. She texted me at 2 a.m. [and wrote], 'Queen, did you block me? Sad face.' I was like, 'Yes, I did block you.' Then I unblocked her. It's been an Instagram war with my mother that I never saw coming."

About two months after the initial tabloid reports, Roberts confirmed in August that she and boyfriend Garrett Hedlund are expecting their first child together, using none other than Instagram to share the news. The actor posted a photo of herself, with her growing belly, alongside Hedlund and captioned the post, “Me...and my two favorite guys.” Then, earlier this month, Roberts shared snapshots from her intimate garden-themed baby shower. She captioned the floral-filled photos, “So grateful to my family and pod for making my pregnancy feel so celebrated during such wild times.”

More like this
Kit Harington Announced Rose Leslie's 2nd Pregnancy With An Adorable Story
By Stephanie Topacio Long
All The Best Celebrity Reactions At The 2023 Grammys
By Brad Witter
What Is Mary J. Blige’s Net Worth? The 9-Time Grammy Winner Is Doing “Just Fine”
By Hugh McIntyre
Grammys Host Trevor Noah Made Adele's Dream Of Meeting The Rock Come True
By Brad Witter
Get Even More From Bustle — Sign Up For The Newsletter
From hair trends to relationship advice, our daily newsletter has everything you need to sound like a person who’s on TikTok, even if you aren’t.