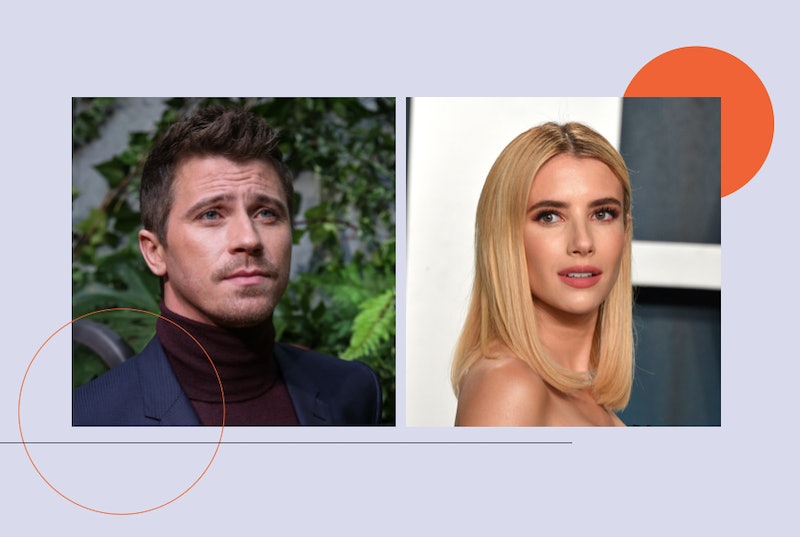 Addie Singer would agree that this news is anything but Unfabulous. Emma Roberts has confirmed her pregnancy with baby bump pictures posted to Instagram on Sunday, Aug. 30. This will mark the first child for her and boyfriend Garrett Hedlund, and she's already revealed their upcoming baby's sex.

Roberts finally confirmed the news of her pregnancy, which was first reported in June, with a slideshow of photos showing her cradling her baby bump, with Hedlund by her side in two of the snapshots. She captioned the post, "Me... and my two favorite guys," complete with two blue heart emojis, cleverly announcing that they're expecting a baby boy. This also marks the first time that Roberts has publicly acknowledged her relationship with Hedlund, meaning that the actors are now Instagram official.

The confirmation comes over two months after reports first surfaced about Roberts' pregnancy. According to E! News, her mother Kelly Cunningham reportedly spilled the beans a little early. After the news broke in a few months ago, when a fan congratulated Cunningham on the exciting news in her Instagram comments section, she responded, "Thank you so much! Very excited." When another asked if Roberts was pregnant, she confirmed the news with a simple "Yes!"

Hedlund and Roberts were first romantically linked in March 2019, after Roberts split from her longtime boyfriend Evan Peters, with E! News confirming that the American Horror Story co-stars "broke off their engagement" shortly after Valentine's Day last year. At the time, US Weekly reported that Roberts and Hedlund had been friends for a while, and their new romance was simply "new and casual," but they continued to be spotted in public together in the months to come. The two kept their relationship private, however, choosing not to attend public events together, or speak publicly about their romance — until now.

Of course, Roberts' friends and followers were ecstatic about the news, including her Oscar-winning aunt Julia Roberts, who commented on her niece's post with a simple "Love you." Some of her famous friends also left well wishes for the actor, including American Horror Story co-star Sarah Paulson, who called her a "Beauty beauty," and Scream Queens co-star Lea Michele, who recently welcomed a baby boy of her own, Ever Leo Reich. "You will be the greatest mama," she told Roberts. "I love you Em! Boy moms together."