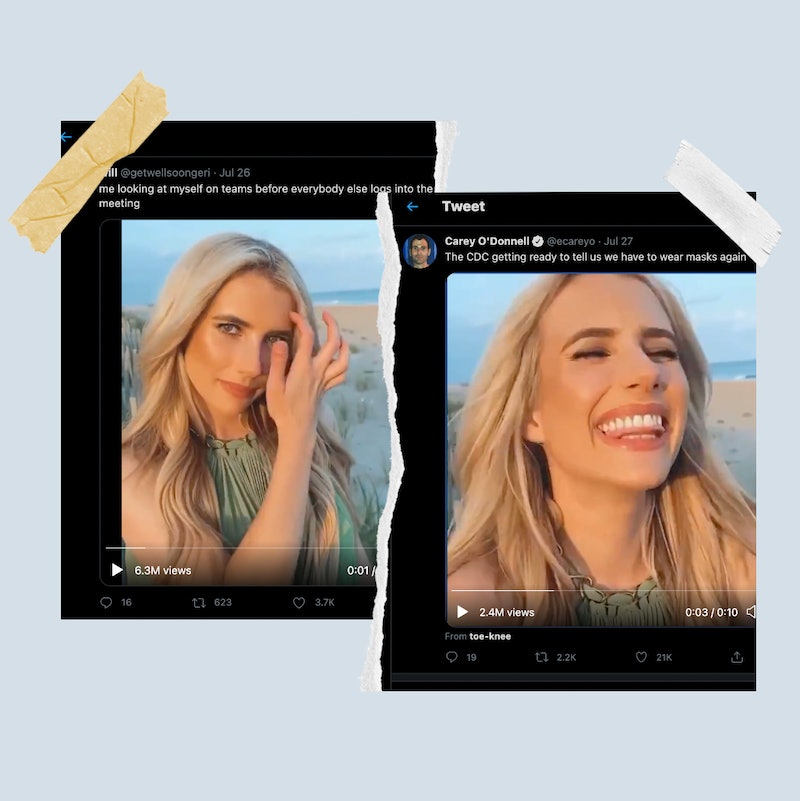 American Horror Story star Emma Roberts participated in the age-old tradition of celebs posting quirky videos on Instagram as if to show they’re just like the rest of us. Roberts captioned her July 24 clip — which shows her giggling on a beach while listening to Lana Del Rey’s “Happiness is a Butterfly” — with two simple words: “Beautiful night.” But it ended up not just being a beautiful night, but rather a beautiful week as fans continued to give the video the meme treatment.

Days later, the 30-year-old mother is now sharing her reaction and gratitude by thanking her fans for making her simple video into a viral sensation on Twitter, TikTok, and Instagram. She wrote, “Me going viral after 30” above as her reaction on her Instagram story. Then in all capital letters, she added, “THANK YOU GAYS AND WHOEVER ELSE.” The video, which has what some would call the perfect faux candid flare to it, ended up also being the perfect way for people to share their personal experiences and poke fun at themselves on social media.

One Twitter user shared the video as the perfect reaction to the CDC updating mask mandates.

And some memes took a darker, but still seriously on point, turn by sharing that the video basically looked like home video footage you’d see of a detective’s deceased wife.

Most of the memes were really relatable — almost too relatable. For instance, one user shared, “Me pretending to be engaged in what my friend is saying but really I’m just trying to look candid for the hot guy near us who isn’t paying attention to me.” Another meme joked about trying to flirt for free coffee.

Some meme-ers called themselves out for calling out of work or for not telling their coworkers they actually had an eventful weekend. And there was also a meme about that moment on conference calls when you’re waiting for others to join.

And although the best reaction to the meme seems to be the one Roberts shared , this one making fun of another iconic meme featuring the star is also definitely a contender.