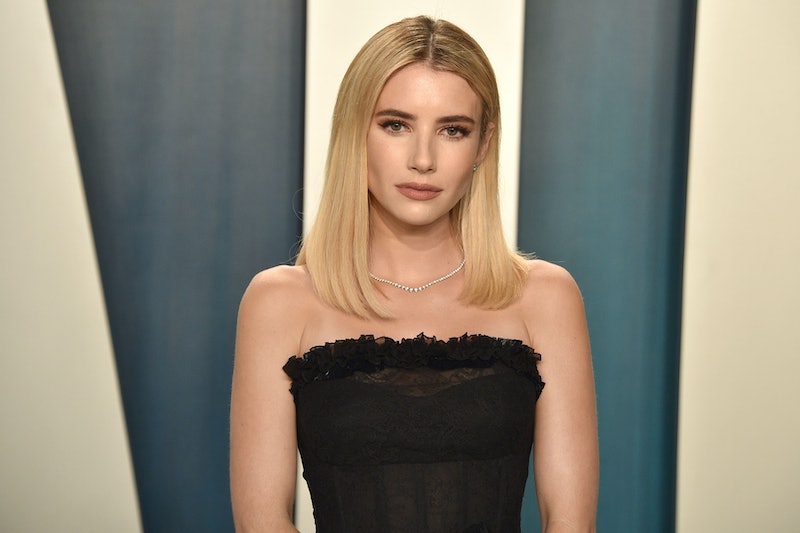 Alongside the picture, posted to Instagram on Jan. 12, Roberts wrote "Thank you 2020 for getting one thing right. Our bright light Rhodes Robert Hedlund." The actor can be seen sitting on a bench in an orange ensemble holding Rhodes in her arms, also wrapped in orange.

According to TMZ, the star gave birth on Dec. 27, in her home city of Los Angeles. TMZ reports that Rhodes "weighed in right around 9 lbs."

Leading up to the delivery, Roberts shared many photos of her bump with her 15.5 million followers on Instagram. She was also featured on the front cover of Cosmopolitan with her bump in full display. "Thank you @cosmopolitan for having me as your first pregnant cover," she wrote alongside a shot of the cover.

Roberts and Hedlund reportedly began dating in March 2019, when Us Weekly spotted them holding hands while walking around Los Angeles. Hedlund, 36, is an actor who's appeared in films including Tron: Legacy and Mudbound.

Although rumours were circulating for a while, it wasn't until August 2020 that Roberts officially announced her pregnancy news. On Instagram, she shared photos of herself sporting the bump, sitting with Hedlund, and the caption read, "Me... and my two favorite guys."

Opening up in her Cosmopolitan interview, Roberts' revealed that her pregnancy journey wasn't an easy one. The actor spoke about dealing with endometriosis, a condition that affected her fertility. "I was told, 'You should probably freeze your eggs or look into other options.'"

She continued: "When I found out about my fertility, I was kind of stunned. It felt so permanent, and oddly, I felt like I had done something wrong. But I started opening up to other women, and all of a sudden, there was a new world of conversation about endometriosis, infertility, miscarriages, fear of having kids. I was so grateful to find out I was not alone in this. I hadn’t done anything 'wrong' after all."

Roberts added: "It sounds cheesy, but the moment that I stopped thinking about it, we got pregnant."