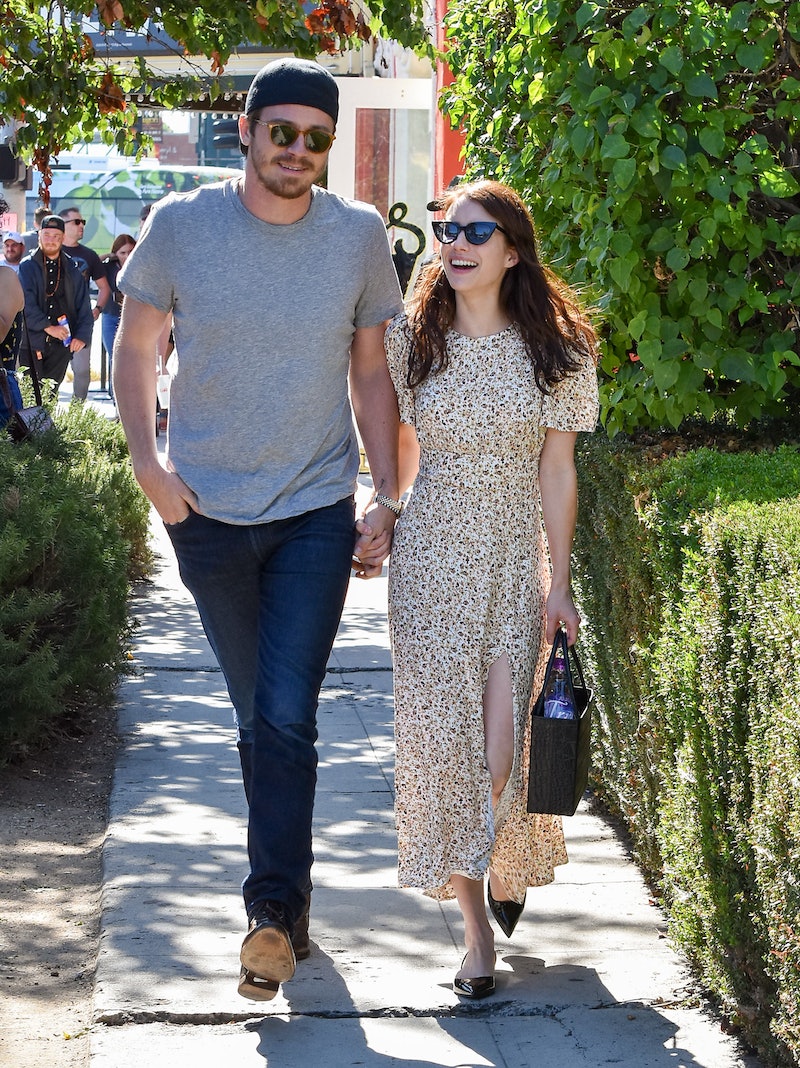 After a whirlwind romance that turned them into first-time parents, Emma Roberts and Garrett Hedlund have reportedly gone their separate ways. The couple had nearly three years together, including one with son Rhodes Robert added into the mix, but now they’re “trying their best to co-parent,” a source told People on Jan. 21. An In Touch source indicated that their relationship remains amicable and even suggested that a reconciliation “down the line” could be a possibility. For now, though, it appears the two actors are single.

Hedlund, 37, is known for roles in films including Tron: Legacy, On the Road, and Triple Frontier, but most recently he’s been working on new music. He announced his first single as a solo artist, “The Road,” just days before the breakup came to light. Meanwhile, Roberts, 30, has also made a name for herself with several big roles throughout her career. She was a child star, making her debut as Johnny Depp’s daughter in 2001’s Blow before starring in the Nickelodeon series Unfabulous. She later made the transition to a more adult career, with memorable roles like “the daughter” in the 2013 comedy film We’re the Millers and the lead in the campy horror TV series Scream Queens. But Roberts is arguably best known for her various roles in American Horror Story, as she has appeared in five of the anthology series’ 10 seasons.

Running concurrently with Roberts’ AHS fame was her personal life, as she dated frequent AHS co-star Evan Peters from 2012 until 2019, and even became engaged to him. The pair were reported to have split in March 2019, which is where Roberts’ timeline with Hedlund begins.

The same media reports that announced the end of Roberts and Peters’ engagement also reported that the actor had begun dating Hedlund. The two were spotted holding hands while walking around Los Angeles shortly after Peters moved out of Roberts’ home, according to Us Weekly. Hedlund had previously been engaged to a co-star himself, Kirsten Dunst, whom he dated from 2012 to 2016.

Proving that their March sighting wasn’t a fluke, the duo was photographed together in LA. In the pics, they were seen hugging — even though they had not publicly announced any romance.

More sporadic sightings followed throughout 2019, and at the beginning of this year, Us Weekly reported on the status of the two actors’ still publicly unconfirmed relationship. A source told the magazine that the pair was keeping it casual, saying, “They are not talking an engagement or marriage at the moment. They like hanging out and going out together, and their relationship is more fun than serious.”

Reports surfaced on June 25 that Roberts and Hedlund were expecting a child together, but neither responded to the speculation.

On Aug. 30, Roberts made it official. On Instagram, she shared photos of herself sporting a baby bump alongside Hedlund with the caption, “Me... and my two favorite guys,” confirming that not only was she pregnant with Hedlund’s baby, but also that they were expecting a boy.

During an appearance on Jimmy Kimmel Live!, Roberts joked about how she blocked her mother on Instagram after she inadvertently confirmed her daughter’s pregnancy early to fans in her comments.

Roberts and Hedlund welcomed their first child — a baby boy named Rhodes Robert Hedlund — on Sunday, Dec. 27, in Los Angeles. Both Roberts and her newborn, who “weighed in right around 9 lbs,” were doing well, according to a TMZ report at the time. Leading up to the delivery, the actor wasn’t shy about sharing photos of her bump on Instagram, and she soon posted her first public image of Rhodes.

Roberts gave fans a glimpse of her newborn on Jan. 12, 2021 in an Instagram post that described him as “one thing” that 2020 got right. She also called him “our bright light.”

The couple still seemed to be going strong on Valentine’s Day. Despite being a new mom, Roberts found the time and energy to post a tribute to her partner. The post featured a black-and-white image of the couple gazing at each other, captioned, “Happy Valentine’s Day my love.”

Breakup rumors emerged in late 2021, especially when the pair’s house went up for sale. Us Weekly reported that they had accepted an offer in early December.

On Jan. 21, multiple outlets began reporting that Roberts and Hedlund had broken up a few weeks prior. Multiple sources told In Touch that it “wasn’t working,” and another told People it was “sad” and “had been hard.” The two actors have not yet spoken out about their relationship or their future together.

More like this
Here’s Everything Coming To & Leaving Netflix In October
By Jake Viswanath
Blake Lively & Ryan Reynolds’ Relationship Timeline Includes 4 Baby Bumps
By Jake Viswanath
What’s New On Netflix: Ana De Armas’ 'Blonde' & A Nick Kroll Special
By Arya Roshanian
What’s New On Netflix: Meet 'The Real Bling Ring'
By Arya Roshanian
Get Even More From Bustle — Sign Up For The Newsletter