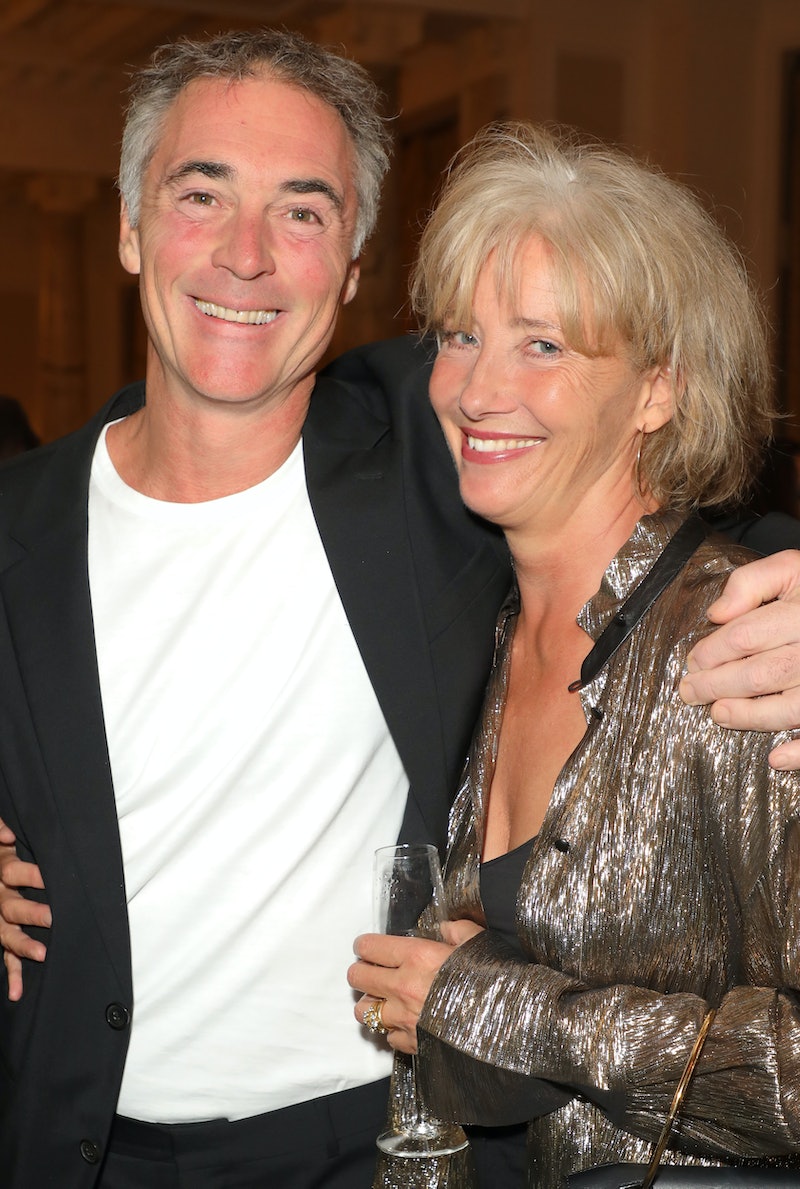 As Strictly Come Dancing returned to dazzling fine-form on Sep 18, The Crown actor Greg Wise was revealed to be partnered with Venezuelan professional dancer Karen Hauer. As the duo prepares to hit the dancefloor, Wise’s wife, Oscar-winning actress Emma Thompson has laughed off concerns her husband could fall for the infamous “Strictly curse” — so much so, she even gave him condoms.

Thompson has been married to Greg Wise for 18 years, and hilariously joked that she was “worried” he’d fall for his professional dance partner (much like some contestants in previous years — ahem), so she took matters into her own hands.

“I am worried about the Strictly curse, very much so,” she said, per The Sun. "I have put a packet of Durex into Greg’s good luck card. Just two.”

The so-called “Strictly curse” has seen celebrities and their romantic partners break up due to intense training schedules and close relationships build between the contestants and their dancing partners.

Nonetheless, Thompson doesn’t seem overly fazed. She told The Sun, “But you don’t know, do you? They haven’t got time for a lot of shagging, I hope, they’ll be so exhausted,” she joked.

"I am not going to the show every week. Karen’s gorgeous, she’s from Venezuela and is only 39,” Thompson added.

Meanwhile, 62 year old Wise seems to be more preoccupied with remembering his dance steps and breaking in his dance shoes than starting an illicit affair, telling The Sun, he’s been wearing his patent leather ballroom shoes “around the house.”

Strictly Come Dancing continues on Saturday, September 25 at 7:45 p.m. on BBC One.