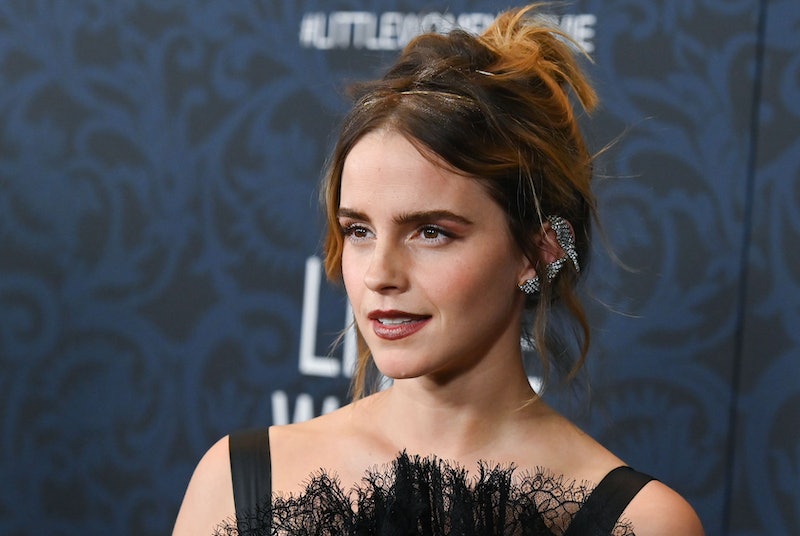 Emma Watson is asking her fans to do her one favor: Stop listening to rumors, especially when it comes to her acting career. Months after it was reported that the Harry Potter star had “given up acting,” Watson has responded to the retirement rumors and made it clear that she’s not going anywhere.

Watson wrote a series of tweets to clear the air on May 18, saying that speculation about her career and private life was simply used to drive clicks to media outlets. “Dear Fans, Rumours about whether I’m engaged or not, or whether my career is ‘dormant or not’ are ways to create clicks each time they are revealed to be true or untrue,” she wrote. “If I have news — I promise I’ll share it with you.”

The actor went on to explain that she’s primarily been silent from public life and social media recently due to the ongoing COVID-19 pandemic. Simply put, she’s taking a much-deserved break. “Please assume no news from me just means I’m quietly spending the pandemic the way most people are,” she wrote, “failing to make sourdough bread (!), caring for my loved ones, and doing my best not to spread a virus that is still affecting so many people.”

In February, the Daily Mail reported that Watson had chosen to “take a step back from the limelight” to spend time with her boyfriend Leo Robinton, who was reported as her “rumored fiancé.” The outlet even claimed that Watson’s agent said the actor’s career was “dormant.” After fans on social media started a public outcry over her rumored retirement, Watson’s manager immediately denied the story, telling Entertainment Weekly that “Emma’s social media accounts are dormant but her career isn't.”

Indeed, until these recent tweets, the last activity on Watson’s Twitter account were simply retweets about issues related to the pandemic and trans rights — plus promotion for Beyoncé’s Disney+ film Black Is King. In all fairness, Watson’s career-load has been light in recent years, but when she does act, she goes big. Most recently, she was featured in Greta Gerwig’s Oscar-nominated 2019 remake of Little Women, and starred as Belle in Disney’s live-action Beauty and the Beast in 2015. It’s about quality, not quantity, everyone.