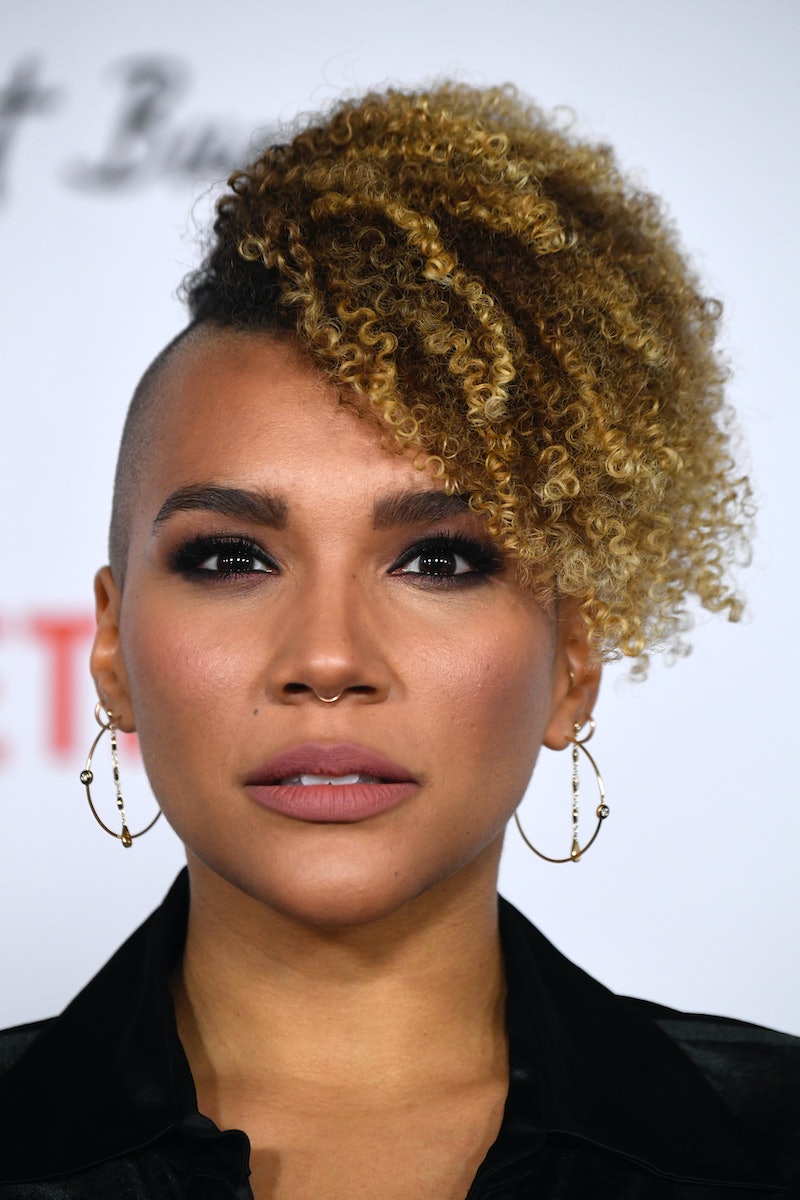 Molly Tillerman has a brand new voice — and appropriately enough, she's a superhero. The Umbrella Academy and Hamilton star Emmy Raver-Lampman will replace Kristen Bell on Central Park as the voice of Molly, the biracial, superhero-obsessed daughter of the show's main character, Owen Tillerman (Leslie Odom Jr.). The announcement comes about a month after Bell announced that she will no longer voice Black characters on Instagram, in order to avoid taking roles away from biracial and Black actors.

The Central Park creative team — including Loren Bouchard, Nora Smith, and Josh Gad — confirmed that Raver-Lampman will take over the role in a statement released on July 24, writing that they "could not be more thrilled, honored, and certain that we have found the perfect marriage of character to voice." The statement continues, "From the moment we heard her Molly, we knew she was the right choice. Her comedic chops, endearing spirit and other-worldly singing prowess have us jumping with joy at the possibilities of this already wonderful character moving forward."

Raver-Lampman celebrated the big news on Instagram, where she wrote that she "cannot express how excited and honored I am to be joining the Central Park family." She continued by praising "all the creatives and the amazing Kristen Bell," for welcoming her to the project, adding, "My face hurts from smiling so much!" Raver-Lampman also touched on the importance of representation in her post, describing it as "vital" to helping people of all races tell their stories. "I know I have some massive shoes to fill, but I only hope that my lived experience will enrich Molly’s story and make her even more lovable than she already is," she wrote.

In their statement, the creative team also thanked Bell for her contributions to Central Park, and promised that she will voice a brand new character on the show going forward. "As we look for new ways to utilize Kristen’s brilliant vocal talents moving forward, we are forever grateful for her support, her camaraderie, and most importantly her beautiful performance as Molly Tillerman in season 1," the statement reads. "We consider ourselves lucky to have both of these women as part of our 'Central Park Family' with so many more stories ready to be told."

Bell, meanwhile, praised her successor in a post on Instagram, where she wrote that she was "brimming with excitement" to see Raver-Lampman's take on the character of Molly. "Emmy's infectious charm and sheer aptitude will breathe a new and effervescent life into the character. One that Molly definitely deserves," Bell wrote. "I have been a fan of Emmy's work for a while, and am lucky to now call her a friend. Can’t wait to see you in the park, Emmy."

Back in June, when Bell stepped down from the role of Molly, she encouraged the Central Park creators to look for a Black or biracial actor to replace her. "I am happy to relinquish this role to someone who can give a much more accurate portrayal and I will commit to learning, growing and doing my part for equality and inclusion," she wrote at the time. The Frozen star also apologized for not realizing the impact of her decision to voice a biracial character as a white woman, writing that "playing the character of Molly on Central Park shows a lack of awareness of my pervasive privilege."

"Over the last six months, it just occurred to all of us that there is no decision that is too small to move progress," Bell explained during a recent appearance on The Late Show with Stephen Colbert, about her decision to step down. "We all said, 'This doesn't feel right.' Because if there's one girl who can find an opportunity in this role, she should have it. And I also want everyone watching the show — especially little girls of color — to know that the voice that comes out of Molly is a woman of color."