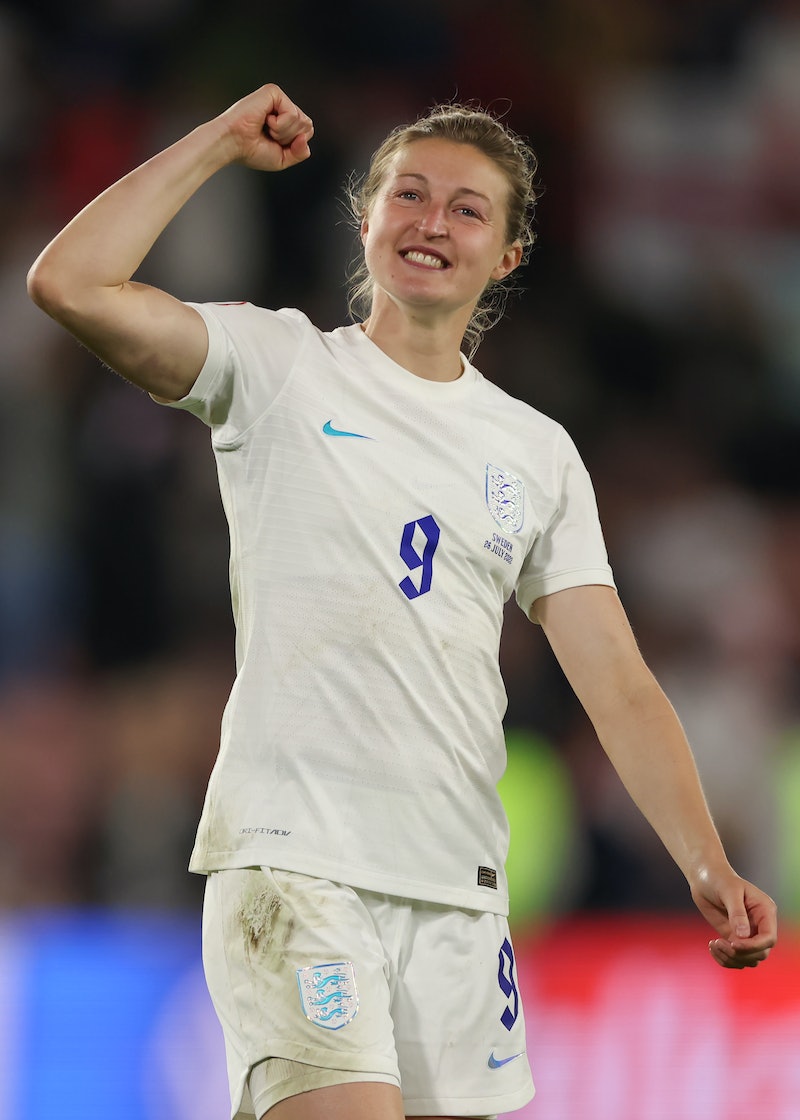 On July 31, millions watched as the England Lionesses brought football home in the UEFA Women's Euro 2022 Championship final. Just weeks after the squad’s glorious win against Germany, England striker Ellen White has announced her retirement from professional football. Sharing an emotional statement via her social media on Aug. 22, White thanked the sport and the people who helped her in her career.

White made her professional debut back in 2010 and currently holds the title of the England Women's all-time leading goalscorer. The celebrated striker has also previously played for Arsenal, Notts County, Birmingham City, and Manchester City. In 2019, White became the joint top goalscorer at the 2019 Women’s World Cup and scored six goals for Great Britain at the Tokyo 2020 Olympic Games.

Reacting to White’s announcement, fellow England Lioness, Millie Bright, praised her former teammate as a “legend of the game” who has “paved the way for so many players.” Writing on Instagram, she added, “Thank you for all that you have done and for making the journey special.”

Fans were also quick to offer their good wishes. “This is sad for football! But you’re bowing out on top with a legendary career behind you. All the best in the next stage of your life, I’m sure you’ll be a success in whatever you do,” one fan wrote on Twitter.