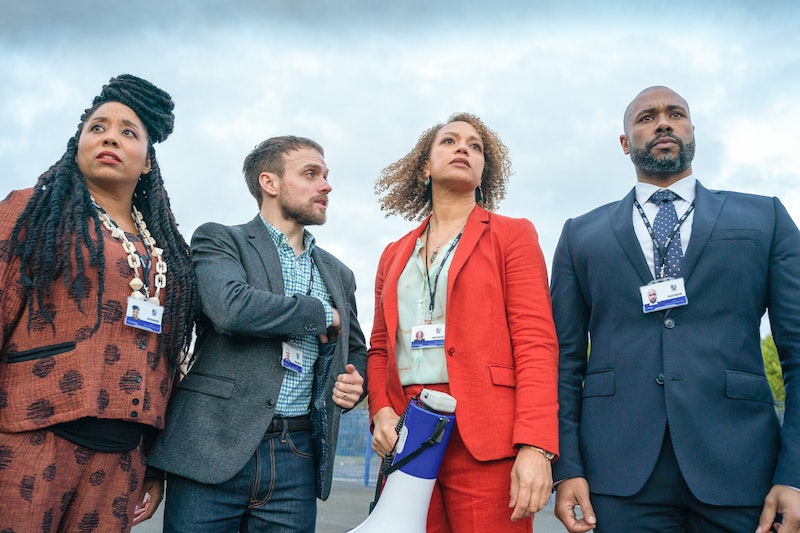 Everyone’s favourite BBC One drama Waterloo Road is officially coming back for a brand new series. Originally airing between 2006 and 2015, the award-winning series revolved around the lives of the students and teachers of a Greater Manchester comprehensive school. Many young actors got their start on the much-loved BBC drama — including Bridgerton stars Rége-Jean Page and Phoebe Dynevor, and Victoria’s Jenna Coleman — and in the years following the show’s conclusion, Waterloo Road has consistently been among the top five most-watched shows for young audiences on BBC iPlayer. So, confirmation of the drama’s revival has no doubt come as a very welcome announcement to longtime fans. Keep scrolling for everything there is to know about the return of Waterloo Road, including the release date, plot, cast, and more.

Like the original series, Waterloo Road will be set in the Greater Manchester region, and the BBC previously revealed that the forthcoming new series will use its “rich history” of storytelling to tackle “the important issues of the day.”

An official BBC synopsis also teased that the new season will begin with a peaceful protest that “turns into a school riot” causing huge ramifications for the teachers and students at Waterloo Road comprehensive.

“Teachers and parents are going to have to learn on their feet as they try to navigate the ever-changing social landscape — from teen homelessness to the cost of living, being LGBTQ+, racism, sexism, mental health, and everything else facing young teens today,” the synopsis reads.

On Nov. 25, the BBC also released the first-look images of the much-anticipated new series, offering fans a glimpse of what to expect.

Waterloo Road’s “Class of 2022” was confirmed by Adam Thomas on Morning Live on Feb. 21. Thomas, who plays Donte Charles, revealed the cast, which includes his real-life son and niece, Teddy and Scarlett, who will play his on-screen children in the show’s revival.

The younger side of the cast also includes Thapelo Ray (Doctors) cast as Dwanye Jackson, Inathi Rozani (Biff and Chip) joining as Zayne Jackson, with Sahil Ismailkhil as Norrulah Ashimi — who was talent scouted following a production research trip to a local Leeds school.

One familiar behind-the-scenes face returning to the drama is that of Cameron Roach, who executive-produced the previous series of Waterloo Road. Speaking of the show’s reboot, Roach said he is “ really thrilled” to be working with the BBC in “re-igniting the iconic brand of Waterloo Road.”

“The vital and urgent stories that are playing out in schools across the UK provide incredible and emotionally powerful themes, that we’re excited to bring to a new generation of fans.” Roach concluded, “Waterloo Road will continue its reputation for kickstarting, supporting, and enabling careers both in front of and behind the camera, in a truly inclusive way, from our base in Greater Manchester.”

In a statement, the Director of BBC Drama, Piers Wenger, shared Roach’s enthusiasm about the new series.

“Waterloo Road is the perfect lens through which to explore post-Covid Britain, from the perspective of those who have arguably been affected most: young people in education.” Wenger continued, “We are thrilled to be returning to this brilliant format — its thrills and spills, unmissable characters and high drama — at a time when audiences across Britain need it most. And to be collaborating with the brilliant Cameron Roach and Wall To Wall on its return.”

The BBC has confirmed that the new series of Waterloo Road will premiere on BBC One and iPlayer in January 2023.

This article was originally published on Sep. 23, 2021