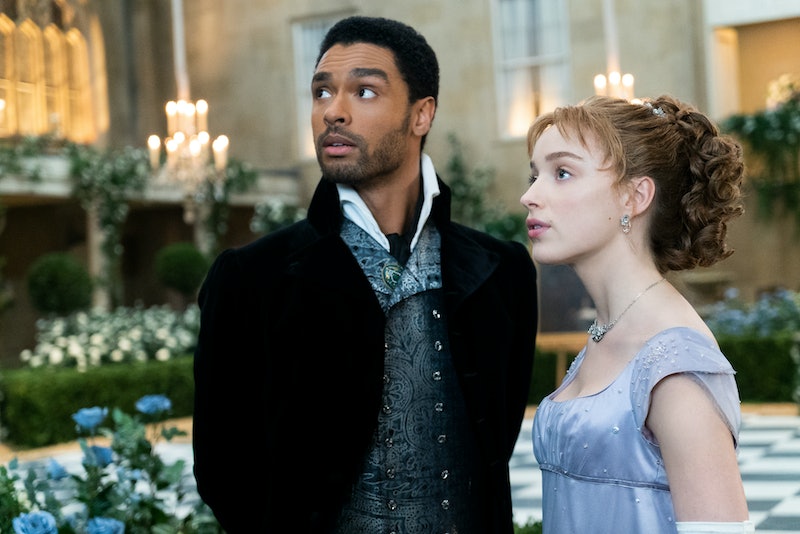 Alongside other big TV roles in Doctor Who and Emmerdale, fans of the period drama have worked out where they’ve seen the actress that plays the young debutante Daphne Bridgerton before: the Bridgerton lead once starred in the BBC’s Waterloo Road. Dynevor landed her first big TV role in the school-based soap aged 14, and starred as Siobhan Mailey between 2009 and 2010.

However, the 25-year-old isn’t the only British actor to spend the early days of their career in Waterloo Road. In fact, Dynevor isn’t even the only Bridgerton star to do so. The spoon worthy (did I say spoon? I meant swoon…) Duke of Hastings, Regé-Jean Page, also appeared in two episodes of the BBC show as Guy Braxton, a graphics and product design teacher who joined the staff of the comprehensive school after it moved to Greenock, Scotland. So too did Victoria and Doctor Who star, Jenna Coleman.

Keep scrolling for all the stars that got their start on Waterloo Road.

More like this
'Waterloo Road' Is Back, With More Than A Few Familiar Faces
By Sam Ramsden and Vivian Iroanya
Lindsay Lohan Just Recalled A Hilarious 'Parent Trap' Story
By Sam Ramsden
A Former 'Strictly' Star Is Set To Make A Sensational Return To The Show
By Bustle UK
You’ll Most Definitely Recognise Kyle Pryor’s Soap Star Girlfriend
By Sophie McEvoy
Get The Very Best Of Bustle/UK