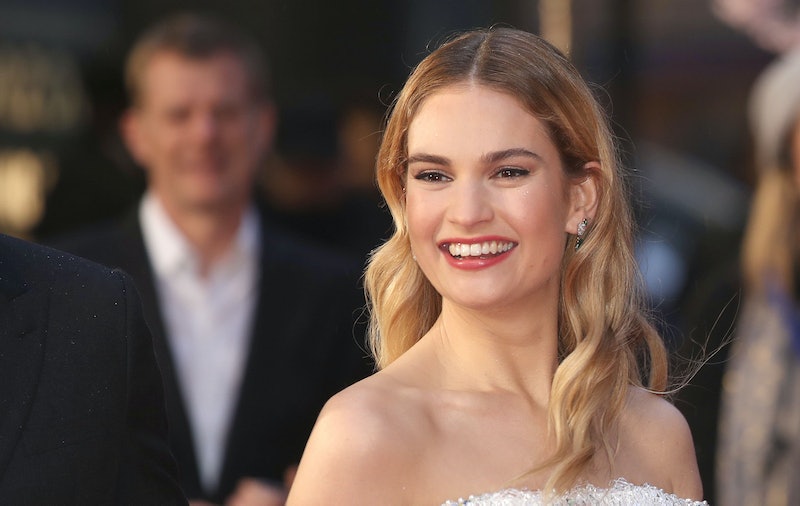 Everyone loves a good period drama, and the BBC are set to deliver on that front with their upcoming adaptation of The Pursuit of Love, which will be available to stream on Amazon Prime. Based off a novel written by Nancy Mitford in 1945, the drama will be split into three parts and will star Lily James as heroine Linda Radlett alongside Andrew Scott as Lord Merlin and Dominic West as Linda’s father.

The comedy-drama will be written and directed by Emily Mortimer, who will also star in the series as Linda’s aunt. Mortimer has appeared in the likes of Mary Poppins Returns, The Newsroom, and Shutter Island. “I’ve always looked to Nancy Mitford so when I was asked to adapt The Pursuit Of Love it was impossible to say no,” Mortimer told the BBC. “It’s an outrageously funny and honest story, whose central character — the wild, love-addicted Linda Radlett — still reads as radical.”

Set in Europe between the two World Wars, Linda is on the hunt for her ideal husband accompanied by her best friend and cousin Fanny Logan (Emily Beecham). The two find themselves at odds as Fanny settles down and starts a steady life while Linda opts for the more adventurous option of following her heart. Along the way, the girls meet three potential suitors: Fabrice de Sauveterre (Assaad Bouab), Alfred Wincham (Shazad Latif), and Tony Kroesig (Freddie Fox).

The series has yet to begin filming, but it’s set to commence primarily in Bristol and Bath with “comprehensive production protocols to ensure that the series is produced in a safe and responsible manner during this time of global pandemic,” the BBC said in a statement.

There’s currently no release date for The Pursuit of Love, but it will premiere on BBC One and BBC iPlayer in the UK, and on Amazon Prime Video in the U.S., Canada, Australia, and New Zealand.