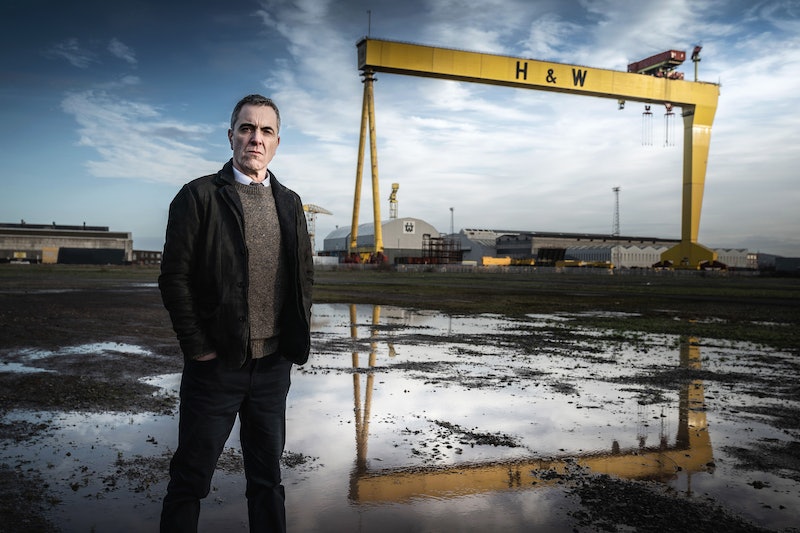 James Nesbitt stars as a Northern Irish police detective on the hunt for a serial killer in what will likely become your next crime drama obsession, BBC One's Bloodlands. The series is penned by newcomer Chris Brandon, and is executive produced by the man behind Line of Duty and Bodyguard, Jed Mercurio. For those who can't wait to find out all the details of this brand new BBC thriller, here's everything we know about Bloodlands, from the release date to the trailer, cast, and plot.

When is Bloodlands on TV?

An exact release date for Bloodlands is yet to be announced. However, in a recently released trailer, it was confirmed the new series will be arriving on BBC One and BBC iPlayer soon.

What's the plot of Bloodlands?

The forthcoming crime-drama revolves around Northern Irish police detective Tom Brannick, who discovers a suicide note that appears to be connected to an infamous cold case. One that he himself is personally connected to. The series also follows the cat-and-mouse chase for a legendary assassin known as Goliath, in which the stakes have never been higher.

Who's in the cast of Bloodlands?

Speaking ahead of filming, Nesbitt praised the work of Bloodlands writer Chris Brandon, adding that he was thrilled to be making the drama in and around Northern Ireland. "We have compelling scripts from a brilliant young writer who was raised in County Down, which are very exciting and psychologically complex," the actor said.

Elsewhere, controller of BBC Drama, Piers Wenger, further applauded Brandon's "gripping" new thriller. "In Bloodlands, Chris has crafted a cracking contemporary thriller, which manages to be both completely gripping while shining a light on the legacy of the Troubles in contemporary Northern Ireland," Wenger said. "We are thrilled to be working with Chris, Jimmy, Jed and the team at HTM to bring this visceral story to BBC One."

Bloodlands is coming soon to BBC One and BBC iPlayer.