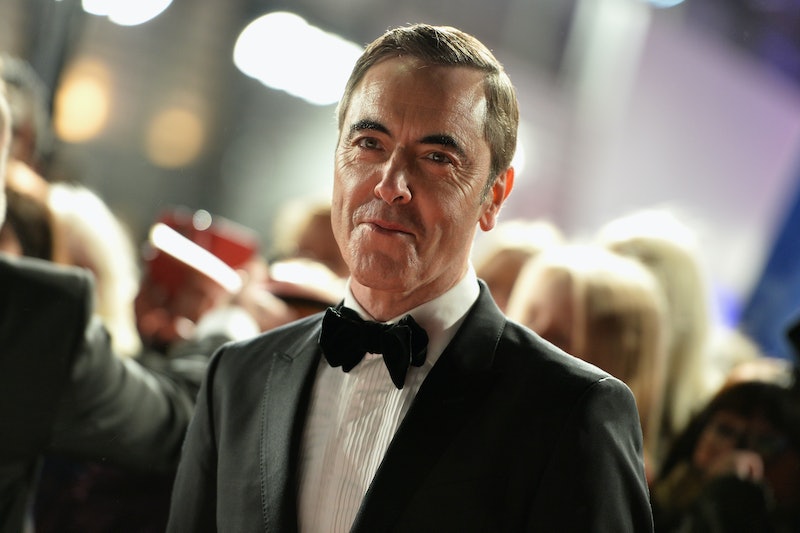 Actor James Nesbitt will be on our screens tonight for his new show A Game Of Two Halves. In partnership with Soccer Aid, he is travelling around the world to see how the charity’s money is spent. But, will he be leaving anyone at home? In other words, is James Nesbitt married? The Scottish actor is something of a national treasure and fans are always interested to learn more about his love life.

Well according to Hello! magazine, Nesbitt was married to actor Sonia Forbes-Adam, of whom they share two daughters. The pair met while starring in a theatre production of Hamlet in 1989, where they began dating. After a brief split, the couple reunited and got married in 1994.

However, Nesbitt and Adam divorced in 2013 "citing difficulties due to Nesbitt's two years of filming The Hobbit in New Zealand," according to The Daily Mail. Even so, they still live fairly close to one another in South London and are more than amicable. "James and Sonia Nesbitt separated over two years ago as previously reported," Nesbitt's spokesperson told the newspaper. "They remain on the best of terms and request their family's privacy is respected. There are no third parties involved."

Nesbitt has previously been open in discussing difficulties in his private life, reflecting on the choices he's made and how he has learned from them. "In my life, I have made the occasional catastrophic choice and it's just a case of moving on and learning from it," he told The Telegraph in 2004.

Nesbitt went on to reiterate those comments during an interview with the Radio Times in 2017, where he explained that while he "certainly regrets things," he's also aware that these events cannot be changed. "I think separating has an impact because you look at why it happened and you see mistakes that were made," he explained. "I'm lucky enough to be able to look back at stuff and say, 'Oh well that was then, I've had a good lash at that, and this is now.'"

Nesbitt and his former wife remain on good terms, with the Belfast Telegraph reporting that they attended Wilderness Festival together with their daughters in 2018. While there, he had a run in with an altogether different kind of public figure. "Wilderness is very middle class - I saw David Cameron with his bodyguard at the portaloos, waiting to go in," he told the newspaper.

Nesbitt is perhaps best recognised for playing Adam Williams in Cold Feet for nearly 20 years. He also starred in The Hobbit movies and The Missing. Since his separation from his wife he’s been linked to fellow actor Katy Gleadhill. The pair starred in Five Minutes Of Heaven together in 2010. The Daily Mail has reported that they’ve been seen on nights out together and at events like BBC Sports Personality Of The Year. However, nothing has been confirmed.

A Game Of Two Halves will be ITV tonight (September 4) at 8 p.m.

This article was originally published on Jan. 21, 2019