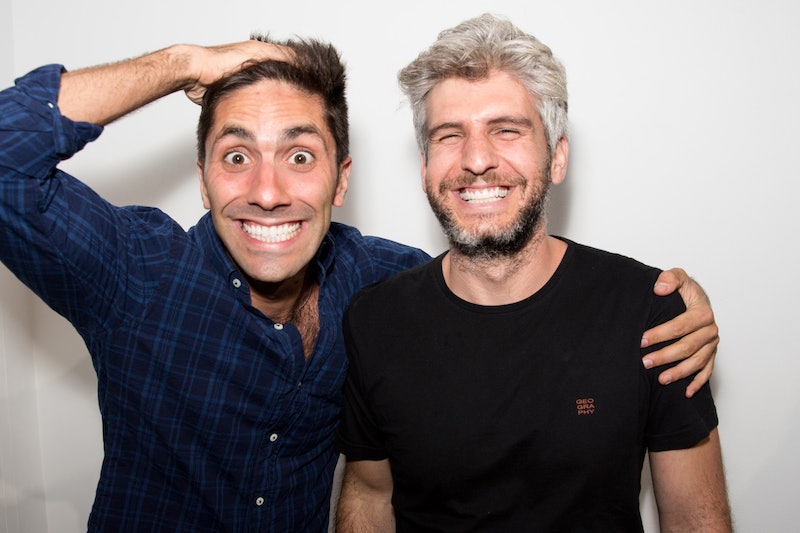 Since it first aired in 2012, MTV’s Catfish has had such a profound impact that it’s found its way into everday dating language. It’s not uncommon to meet someone online, but you’ll always get that one friend who’ll ask if you’re sure you’re speaking to who you think you are. The reach of Nev and Max is unparalleled – and if you can’t get enough of the dynamic duo you’re in luck. Catfish is coming to the UK and producers are already on the look out for new stories and people to star in the first UK series.

On Oct. 2 Catfish announced it had opened casting for a new UK series. On Twitter they wrote: “Have you matched with someone online? But you’ve never met them in person? Do you want our help to reveal their true identity? If so then we can help.” When it comes to finding out information about a new crush your friends might be good, but Nev and Max are the best. Fans were thrilled to hear the news, with many pointing out that it’s been a long time coming, and others offering up their services as co-hosts.

So, here’s what we know so far. While the casting call only went out recently, it’s been reported that producers have already been hard at work trying to find daters in the UK who are sceptical about their current situationships.

Viacom Studios UK is the production company that will be bringing Catfish to our screens. On announcing the spin-off show Viacom Studios statement read: “Whether you want to finally meet your online love or friend face-to-face, have something to confess or simply want to get to the bottom of why they always cancel dates, MTV’s Catfish UK would love to hear from you."

Catfish has been a sensation since Nev Schulman released an independent film in 2010 of the same name, telling his personal story of getting tricked. The series started in the U.S. in 2012, and it’s been gripping the world ever since. There’s nothing more entertaining than the 'will they, won’t they' chase to find out if a catfish is who they say they are. As yet there's been no indication of whether the UK version will have a special theme, so it’d seem the UK version will follow the same set-up.

This isn’t the first time that there have been whisperings that the Catfish team would be making a UK appearance. There were previous rumours that Catfish might be coming to the UK in Jan. 2016. However, the plans were scrapped in October of the same year.

According to reports, per The Mirror, a show source said, “There are Catfish stories all over the world and MTV are so excited to bring it to the UK. They are already finding some incredible, mysterious online dating stories that need to be told.”

While the show has put the casting call out, it hasn't officially been confirmed and there is currently no release date. However, if you think you’ve got what it takes to appear on Catfish UK you can contact the show on 07743 001261, email Catfishuk@viacomstudiosuk.com or fill in the super short and easy application form here.