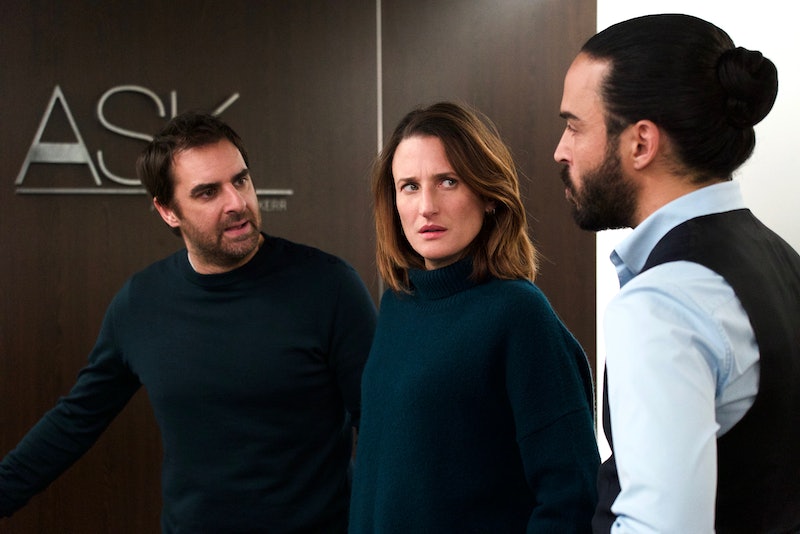 Following four seasons of success and new-found international recognition after Netflix snapped up the series, French comedy-drama Call My Agent! (or Dix Pour Cent) is set to be remade for English-speaking audiences.

With a surprise fifth season and a 90-minute feature film in the works for the original cast, the star-studded Parisian series has clearly been a hit with audiences. The Bron Studios and Headline Pictures British adaptation, written by BAFTA-winner John Morton (W1A), has already sparked intrigue in the industry, so here’s what we know about the Call My Agent! remake, and what you can expect from the British take on the Parisian comedy.

What is Call My Agent! about?

First premiering on France 2 in 2015, the original French series centres on a top Parisian talent agency – the fictional ASK – as they juggle keeping their star clients happy and their business afloat after the sudden death of its founder.

Placating the agency’s demanding star clients (played by bona fide celebrities appearing as themselves in each episode) comes with its own unique challenges as the team navigates keeping the business running while navigating their own chaotic personal lives.

The adaptation will retain the same essence of the French series, but will incorporate Morton’s “British sensibility” and introduce some new storylines focussing on “transatlantic industry relationships” as well as the British class system, reports Deadline.

Who is in the cast of the UK remake of Call My Agent!?

Taking the lead for the British Call My Agent! adaptation is Tony-nominated actress Lydia Leonard (Last Christmas, Absentia), who will star as Alexa, a role based on Camille Cottin’s lead character Andréa Martel in the original French series. Pirates of the Carribean’s Jack Davenport joins as Jonathan, a character partly inspired by the original series’ Mathias Barneville (played by Thibault de Montalembert in the French version).

Also joining the ranks are Maggie Steed (Chewing Gum) playing Stella and Prasanna Puwanarajah (Patrick Melrose) as Dan while newcomer Harry Trevaldwyn (The King) and Hiftu Quasem (Killing Eve) will play Ollie and Misha, respectively. So far, we don’t know which, if any, characters from the French series they are based on.

It was also confirmed on May 7 that multiple award-winning actor Jim Broadbent will join the supporting cast, alongside Rebecca Humphries, Fola Evans-Akingbola, Tim McInnerny and Eleanor Arnaud.

With a plethora of stars including Isabelle Huppert, Monica Belucci, and Sigourney Weaver playing guest “clients” in the original series, can we look forward to seeing more Hollywood heavyweights on the small screen in the UK version? According to Deadline, a number of A-list Brit and U.S. guest stars have been lined up across the series, but we may have to wait until it airs to find out who.

When will Call My Agent! air?

Filming for the British adaptation of Call My Agent!, which will be made up of eight one-hour episodes, is set to start in Central London on May 10, and shoot until September, according to Deadline. There isn’t a scheduled air date just yet, but we will keep you updated. Watch this space.

The original version of Call My Agent! is currently available to stream on Netflix.