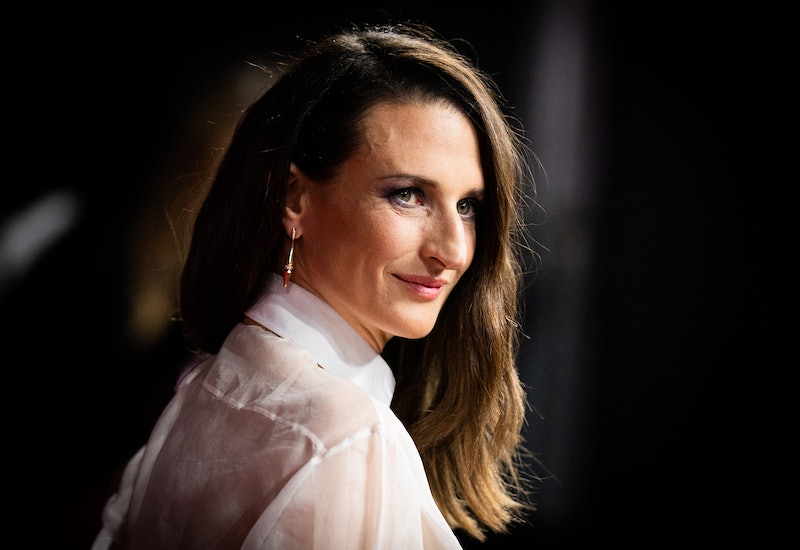 French actress Camille Cottin’s Hollywood credits are nothing short of impressive. Having appeared as an alluring assassin in Killing Eve, a lesbian lead in Call My Agent!, and the sexy love interest in House of Gucci, Cottin is embracing her sexual power in her ‘40s through an impressive array of characters. But where does Cottin find her inspiration from?

Her big break came after portraying “female Don Juan” Andréa in Netflix’s hit comedy series Call My Agent!, a character which was unprecedented in French television in 2015. In an interview with The Guardian, Cottin said she wanted to create a powerful lesbian visionary. “The fact that her sexuality was not an issue was something very modern. The drama was around: can she have a relationship, can she be faithful, can she be domestic, but not: why is she a lesbian?” Wanting to create a “super-sexy” image, she drew on the style of Ally McBeal and Portia de Rossi. “I remember her [Portia’s] long hair and I like[d] this dichotomy of having this super feminine hair…and this blazer,” she adds.

Then came Cottin’s role in Season 3 of Killing Eve in 2018, in which she played Hélène, high-ranking member of the global assassin network The Twelve, that both threatens and flirts with Villanelle (Jodie Comer). Has she ever played an assassin before? “Absolutely not. That is a first,” she told The Guardian. Season 4, which premiered this month, sees Hélène return as a recurring character, with Cottin’s role becoming more poignant in the storyline. She is competition for Villanelle, and you could cut the sexual tension between them with a knife.

Now, at 42, Cottin feels empowered now more than ever to actively represent older women on screen. “Being a woman over 40 now in the industry is interesting,” she says. “I think there’s a big demand for creating content and seeing those women of a certain age that have been invisible. There’s a desire for that,” referencing that all the nominees for Best Actress at this year’s Oscars, bar Kristen Stewart, are over 40.

Often cast as an alluring, sexually charged woman, Cottin is living an alternate life on the screen, joking that she couldn’t engage in the same method acting that Lady Gaga did on the set of House of Gucci. Refusing to break character, Gaga did not interact with Cottin at all on set to truly embrace the authenticity of Patrizia Reggiani, the ex-wife of Maurizio Gucci. “As a mum, if I come and pick up my children as an assassin trainer? Handing them a croissant and saying: ‘Be careful, we’re being watched’, pushing them into a black car…I’m kidding.”

Season 4 of Killing Eve is available now on BBC iPlayer.

More like this
At 28, Lesley Manville Was Acting, Picketing, & Singing Kate Bush Songs
By Olivia-Anne Cleary
Leaving Corrie Helped Michelle Keegan Make Her Millions
By Maxine Harrison
Nicola Coughlan Just Revived 'Derry Girls' In The Most Unexpected Way
By El Hunt
Nicholas Hoult Has The Sweetest Things To Say About His Family
By Sam Ramsden
Get The Very Best Of Bustle/UK