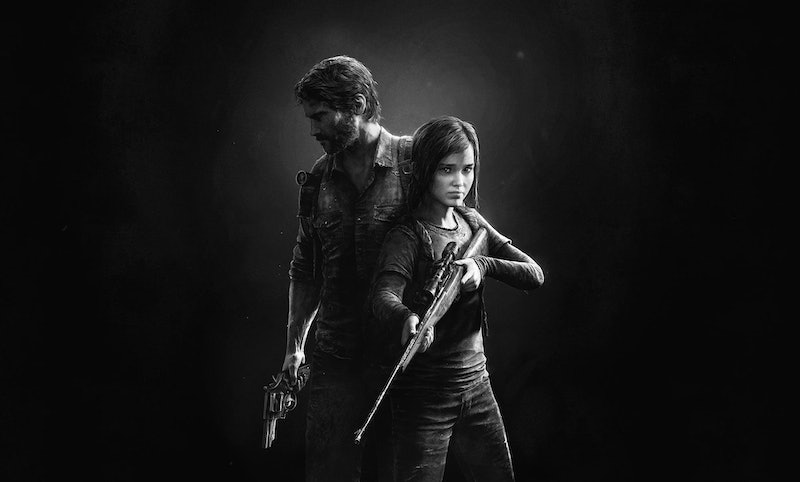 The emotional bond a player can create with fictional characters is unbreakable, and having played both games in The Last Of Us series, I understand that sentiment even more. Joel and Ellie’s journey is one that places you in a third-person perspective but makes you feel like you’re right there with them traversing a dreary yet hopeful post-apocalyptic landscape. In that sense, it’s the perfect blueprint for a series adaptation — which is now confirmed to be happening. So here’s everything you need to know about The Last Of Us TV series, and how it will tackle the process of being translated to the small screen.

What’s The Premise Of The Last Of Us?

In 2013, a parasitic infection caused by the fungus Cordyceps causes 60% of humanity to be decimated. The rest are either survivors or have been taken over by the infection like zombies. As the Scientific American blog writes, the “new, unidentified species of Cordyceps turns humans first into violent ‘infected’ and then into blind ‘clickers’ complete with fruiting bodies sprouting from their faces.” Humans can be infected through a bite, scratch, or inhalation of spores.

Players begin The Last Of Us as Joel, who is attempting to flee the suburbs of Austin, Texas with his daughter Sarah and brother Tommy. The game then jumps forward twenty years and Joel is now a smuggler in a quarantined zone of Boston. He and his partner Tess are trying to recover a stolen weapons cache, and they eventually discover that the Fireflies (a rebel militia) have it in their possession. They soon encounter the group’s leader Marlene, who promises to double their cache if they smuggle a teenage girl named Ellie outside the city’s quarantine zone. Why? Because she’s immune to the infection, and might be the last hope for a cure.

Who Is In The Last Of Us Cast?

Joel and Ellie are voiced and motion-captured by Troy Baker and Ashely Johnson in the game. In Feb. 2021, the creator of The Last of Us Neil Druckmann confirmed that Pedro Pascal and Bella Ramsey have been cast as Joel and Ellie. “We’re absolutely thrilled to have Bella join the TLoU family!” the developer tweeted in response to the Hollywood Reporter. As for Pascal, Druckmann is “stoked” to have the actor aboard the show.

Both actors are understandably excited about the opportunity to play these characters, with Pascal posting a screengrab of the characters on Instagram accompanied by a quote from the game.

Nico Parker will play Joel’s daughter Sarah, who most recently starred in the HBO/Sky miniseries The Third Day opposite Jude Law, as well as Tim Burton’s adaptation of Dumbo. Murray Bartlett and Nick Offerman will play Frank and Bill, two survivalists living in their own isolated town.

The game’s composer Gustavo Santaolalla will also create the score for the series.

How Will The Last Of Us Be Adapted As A Series?

Announced in March 2020, Chernobyl’s Craig Mazin will collaborate with HBO to produce a series of The Last Of Us. Not only that, but the game’s writer Neil Druckmann is also on board to help bring the game to life. “Neil Druckmann is without question the finest storyteller working in the video game medium,” Mazin said in a press statement. “Getting a chance to adapt this breathtaking work of art has been a dream of mine for years, and I’m so honoured to do it in partnership with Neil.”

Druckmann is equally as excited and is as much of a fan of Mazin’s work. “From the first time I sat down to talk with Craig I was equally blown away by his approach to narrative and his love and deep understanding of The Last Of Us,” Druckmann added. “With Chernobyl, Craig and HBO created a tense, harrowing, emotional masterpiece. I couldn’t think of better partners to bring the story of The Last Of Us to life as a television show.”

In early July, Gabriel Luna revealed the series had started filming in Canada by sharing a selfie of him, Pascal, and Parker grinning in a car. “Already love these folks,” Luna writes in the caption. Described as “the largest-ever production” in the country, CTV News revealed in August 2021 that some of the show’s sets are being built in Calgary. Judging by the pictures, they seem to be buildings from the Boston portion of the game.

Fast forward to late September that year, and Pedro Pascal gave fans a little sneak peek of him and Bella Ramsay in costume as Joel and Ellie. The two can be seen facing away from the camera in a familiar set of outfits from the game, looking out at a crashed plane in an open field.

After months of speculation, HBO confirmed the actors who embodied the video game versions of Joel and Ellie will join the TV adaptation. Troy Baker and Ashley Johnson’s roles within the series have not been announced but they will have "major roles" according to Sony. Showrunner Craig Mazin also tweeted about the news, saying “they are both [mind-blowing emoji].”

In the same announcement, a first-look image of leads Pascal and Ramsay was revealed.

Will The Last Of Us Run For More Than One Season?

Unlike Chernobyl, there’s a possibility that The Last of Us could run for a few seasons. As Mazin revealed on an episode of the Scriptnotes podcast, the first season will run for 10 episodes. And while neither Mazin nor Druckmann have yet to speak about future seasons, it’s possible that the story could be spread out to include its sequel The Last of Us: Part II which was released in June 2020. This game focuses on Ellie as a young adult, and the troubles she must face following a tragic event.

Not a lot has been revealed in terms of how the game and its gameplay will be translated to television, but if Chernobyl’s tone and the work of its makeup department are anything to go by, Mazin is the perfect fit to display the horrifying effects of the Cordyceps infection.

Is There A Release Date For The Last Of Us TV Series?

While Kantemir Balagov, a director for the series, had hinted in his Instagram bio that the series will debut sometime in 2022, HBO’s Chief Content Officer Casey Bloys burst that bubble during a 2022 TCA interview with Deadline. “It’s not going to air in 2022 — they are still shooting in Canada. I imagine you will see it in ’23,” he said. HBO confirmed on Sept. 26 that the series would premiere in 2023. We’ll keep you posted on an official date when it’s announced.

Is There A Trailer For The Last Of Us TV Series?

This post will be updated as additional information about The Last Of Us is released.