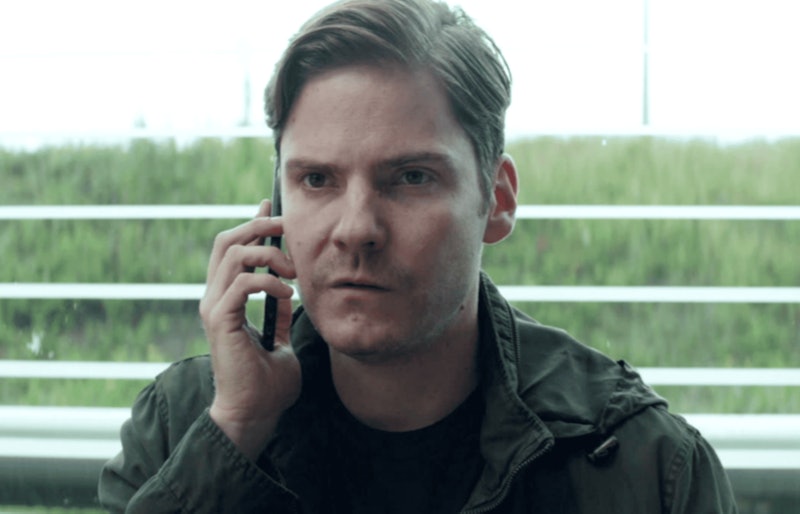 Disney+’s next Marvel show, The Falcon and The Winter Soldier, will pit Captain America’s buddies Sam Wilson and Bucky Barnes against an old foe, Daniel Brühl’s Baron Zemo. The main villain from Captain America: Civil War, Zemo was last seen being carted away to prison after he successfully disbanded the Avengers. (At the center of it all was footage revealing that Bucky, while brainwashed as the Winter Soldier, killed Iron Man’s parents. Cue a giant brawl between Captain America and Iron Man.) In the show, Zemo is mysteriously free again, and “you can be sure that he’s up to no good,” Brühl told Entertainment Weekly.

It sounds like prison has only reinforced Zemo’s hatred of the Avengers, whom he blames for killing his family in Sokovia. “Superheroes cannot be allowed to exist,” Zemo ominously says in the trailer. “I have no intention to leave my work unfinished.” We’ll see have to see what Zemo has planned for Sam and Bucky, but it might be pretty different from his usual plots in the comics. Per Nerdist, Zemo in the Marvel comics was actually the moniker held by two different men who often clashed with the original Captain America, Steve Rogers. While MCU Zemo is a former Sokovian colonel grieving his family, comics Zemo, to put it simply, was a Nazi.

The first Zemo was Heinrich Zemo, a Nazi scientist who was the 12th nobleman to hold the title of Baron Zemo. First introduced in Avengers No. 4 in 1964, he was an expert fighter who wore a purple hood similar to the one you see Brühl’s version carrying in the show. The mask was actually bonded to his face after Rogers thwarted one of his plots to create a powerful adhesive for Hitler’s army.

After World War II, Heinrich went into hiding but resurfaced when he learned that Captain America had miraculously survived being frozen in the ice for decades and was now a present-day Avenger. Heinrich created a group called the Masters of Evil, but their exploits were short lived and Heinrich died in Avengers No. 15.

His son, Helmut Zemo, then picked up the work that Heinrich left behind. Helmut first appeared in 1973’s Captain America No. 168 under a different moniker, and tried to kill Captain America to avenge his dad. In the process, though, Helmut also came into contact with the same corrosive adhesive that bonded his father’s face. While Helmut wasn’t wearing a mask at the time, the hot adhesive did disfigure him, so Helmut donned his father’s infamous purple mask anyway and took on his title of Baron Zemo.

Helmut Zemo created a new Masters of Evil group and was much more successful in causing havoc than his father, even destroying the Avengers Mansion at one point. He eventually realized that seeking vengeance was destroying him, though, and switched to the equally unhealthy goal of amassing power. After a 1990s comic book run event in which the Avengers disappeared into an alternate dimension, Helmut masqueraded the Masters of Evil as a new superhero group, the Thunderbolts. The ruse lasted for months, but when Zemo revealed his true plan to take over the world, some of the members admitted they actually liked being heroes and turned on him.

As it often happens in Marvel comics, Helmut eventually died and was reborn. He went through an arc where he seemed willing to reform and work with the Avengers, and he even gained superpowers for a time from a series of alien gems called the Moonstones.

It’s unclear how much of this backstory will actually make it into The Falcon and the Winter Soldier, though, as this Zemo is ultimately a very different character. Perhaps we’ll see Brühl’s version slowly change his ways, just as Helmut Zemo did for a time. Or just like with WandaVision, maybe fans will just have to be content with a few comic book Easter eggs here and there.