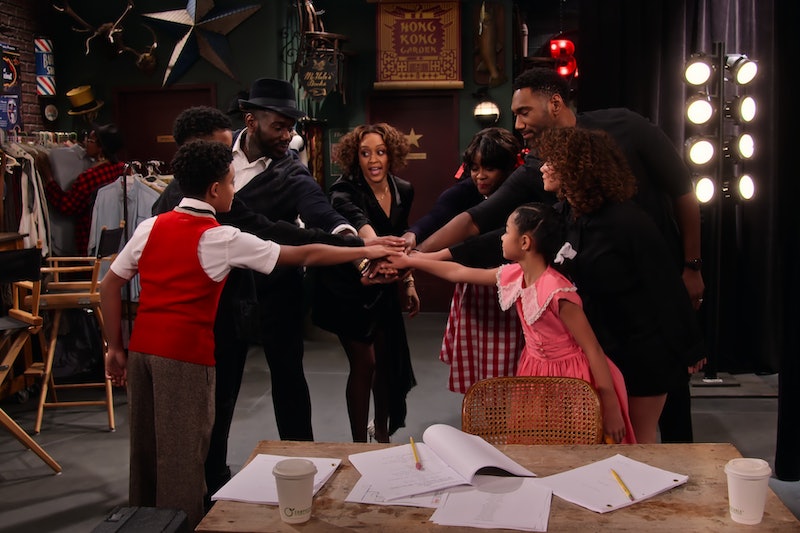 The McKellans are once again heading back to screen. Following Family Reunion’s Part 3 premiere in April, the second half of Season 2 — billed as Part 4 — hit Netflix on Aug. 26. The streaming service has not yet announced if the show will return for a Part 5, but if the largely positive fan response is any indication, the NAACP Image Award-winning sitcom won’t be going anywhere anytime soon.

There’s only one potential roadblock: in June, showrunner Meg DeLoatch joined CBS’ The Neighborhood as an executive producer and showrunner for the upcoming fourth season. This means that should Family Reunion be renewed, she’d have to step down as showrunner, though per Deadline, she’d remain an executive producer. It’s unclear if DeLoatch took the role with a plan to end Family Reunion, or if she’s simply ready to pass the torch to someone else.

While you wait for more news, here’s everything to know about a potential Family Reunion Part 5.

Family Reunion premiered in July 2019, with the second half of Season 1 debuting six months later (including a standalone Christmas special in between). The coronavirus pandemic temporarily shut down production on Season 2, pushing the Part 3 premiere to April 2021. Should the series be green-lit for Part 5, fans can likely expect it to hit Netflix in early to mid-2022.

The sitcom centers on the McKellan family, including Cocoa (Tia Mowry-Hardrict), her husband Moz (Anthony Alabi) and their four kids: Jade (Talia Jackson), Shaka (Isaiah Russell-Bailey), Mazzi (Cameron J. Wright), and Ami (Jordyn James). The McKellans moved from Seattle to Georgia in order to be closer to their extended family, including matriarch M’Dear (Loretta Devine) and her pastor husband (Richard Roundtree). It’s likely that all of the main cast members would return for Part 5.

In addition to plenty of comedic moments, Family Reunion also examines real-life issues. “One of the things I love most about Family Reunion is that even as a family sitcom, where we appeal to younger audiences, we strive to deliver an entertaining and thought-provoking show for adults as well,” DeLoatch said in a press note ahead of Part 4. “We walk the line between gently introducing difficult subjects to children and going deep enough to satisfy more mature viewers.”

In Part 4, the McKellans acknowledge a closeted family member and tackle the painful legacy of the N-word, though there are light and musical moments as well. It’s unclear exactly what Part 5 might cover, but you can safely bet it will uphold the show’s balance between serious issues and humor.

Family Reunion Part 5 has yet to be announced, let alone filmed, so a trailer is not available yet. This post will be updated as more information becomes available.

More like this
New ‘Lupin’ Part 3 Teaser Hints That Assane Will “Go Out In Style”
By Brad Witter
The ‘You’ Season 4 First Look Shows Joe’s New Identity And Potential Victims
By Bustle Editors
The ‘Emily In Paris’ Season 3 Release Date Is Here, Plus The First Footage
By Bustle Staff
Here's When 'The Crown' Season 5 Will Premiere — And What To Expect
By Bustle Editors
Get Even More From Bustle — Sign Up For The Newsletter