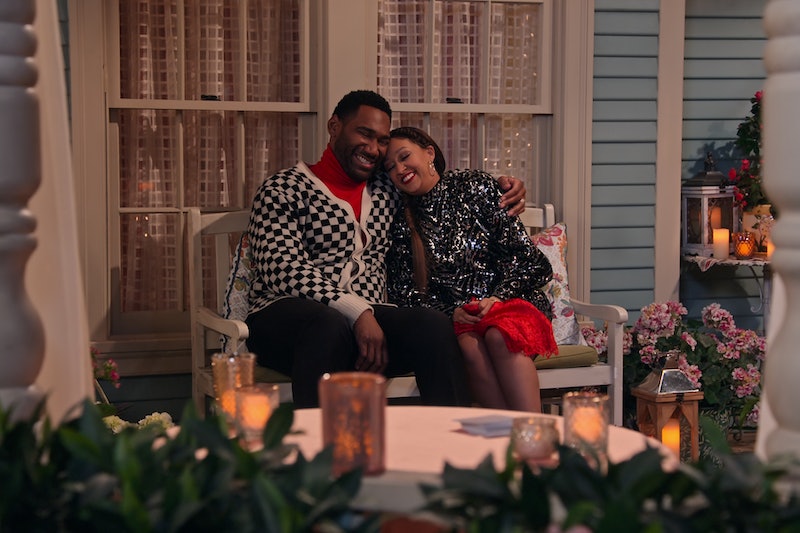 A multigenerational family living together is bound to get dicey. But when a six-member family from Seattle with progressive views on parenting, religion, and life moves to Georgia to live with their traditional, churchgoing Southern in-laws? That’s chaos. Enter the Netflix sitcom Family Reunion, which returns to the streaming platform on Aug. 26 for Part 4, aka the second half of Season 2.

“I remain immensely proud of this series that presents an authentic multigenerational African American family who laugh hard and love harder,” DeLoatch said of Part 4 in a press note. “It’s written by an all-Black writing staff, who’ve carefully woven their diverse experiences into a cultural quilt of comedy, current events, and an understanding of what it means to be Black in America today, as well as in the past.”

Below, Bustle has an exclusive first look at the Family Reunion Part 4 trailer — plus everything else to know about the upcoming episodes.

The first eight episodes of Season 2 aired on April 5, and the next seven episodes will hit Netflix on Aug. 26. Watch the trailer exclusively below:

DeLoatch promises that the second half of the season will tackle even more serious issues, saying in a press note that, “The McKellans will acknowledge a closeted family member” and will “continue to grapple with financial security.” She adds, “We even tackle the painful legacy of the N-word, with M’dear determining that ‘no word – even that word – is more powerful than I am.’”

Of course, there will also be a lot more hilarious family antics and musical numbers, including a special Christmas tribute to The Wiz, the 1978 Motown-produced, Wizard of Oz-inspired musical film starring Michael Jackson and Diana Ross. This will give the cast a chance to further highlight their impressive musical talent: Devine was in Broadway’s Dreamgirls; Mowry-Hardrict was in the R&B group Voices with her twin sister Tamera in the ’80s; and Telma Hopkins, who has a recurring role as M’Dear’s sister Maybelle, was part of the ’70s pop group Tony Orlando and Dawn.

Mowry-Hardrict (Sister, Sister) reprises her role as Cocoa McKellan, who clashes with Devine’s M’Dear. Mowry-Hardrict previously gushed about her role to Bustle, saying, "I wanted this role so bad because it was one of the closest characters to me in real life that I've ever worked on." She added that playing Cocoa was “very refreshing and fun” and that she could just “be myself.”

Hopkins (The Love Guru) will also return, as well as Richard Roundtree (Shaft) as M’Dear’s pastor husband and Warren Burke (Bigger) as her other son.