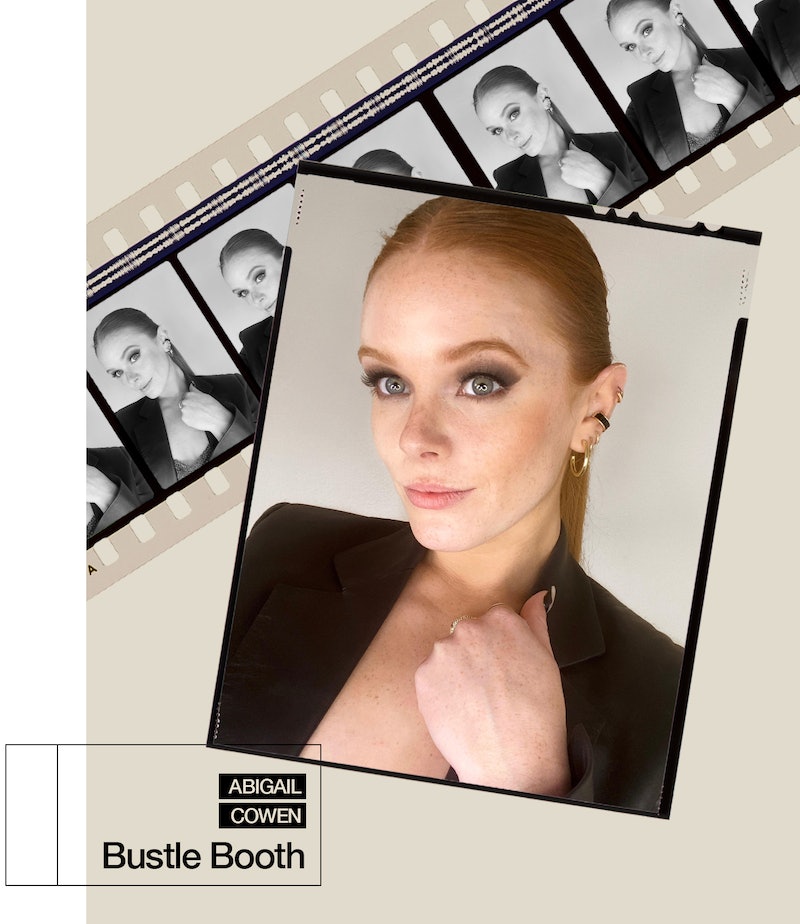 Abigail Cowen's resumé reads like a fantasy lover's dream. The 22-year-old actor has featured in Stranger Things, The Chilling Adventures of Sabrina, and, most recently, Fate: The Winx Saga, an adaptation of the much-loved Nickelodeon cartoon. Whether its the fiery red hair or the slightly mysterious vibe she gives off (Cowen is a self-confessed "introvert"), directors clearly see something magical in her.

However, speaking to Cowen via Zoom, she comes across as your typical, chatty 22 year old dealing with some very mortal problems. Like the rest of us, she has been feeling extra anxious during the pandemic. "I get stressed by the littlest thing," she admits. And that anxiety was made a lot worse when she broke both wrists back in April 2020. ("I tried to jump over a bonfire," she said at the time. "When someone says I can’t, I will show them I can. And for the record, I landed it but tripped and fell after... but do not try at home, kids.")

Luckily, Cowen was able to find the silver lining in being bedridden for weeks. Usually she uses running as a way to distract herself from stress but when she broke her wrists in the middle of a global pandemic, she was forced to "sit still" along with the rest of the world. "I feel like at least 2020 has been a reset button for a lot of people," she tells me. "Talking to a lot of people [it seems like there's been] a refocus on what is important, you know? Health, family, friends, love. And sitting with your feelings. Sitting with these uncomfortable, weird things that are going on because you have no choice."

Now, with her wrists fully recovered, Cowen is enjoying the thrill of topping Netflix's most-watched charts with Fate. Cowen plays the show's lead, Bloom, a girl from California whose life is changed forever when she finds out she's actually a fairy and begins attending a magical school in the "Otherworld."

Filming took place in 2019 and saw Cowen leave the U.S. (she grew up in Florida but was living in Los Angeles at the time) and move to Ireland where she was surrounded by an almost entirely British cast. Did it feel a little bit like moving to the Otherworld, I ask?

"I mean, I definitely found out how different and how American I am. I didn't even know. Everyone's so polite," she laughs. "I enjoyed every single moment of it. Truly, truly, truly. Everyone was so kind and so welcoming, and I was so far from home and it didn't even feel like that, because I did have such a support group with the entire cast. And with the six women in our little group [Precious Mustapha, Eliot Salt, Hannah van der Westhuysen, Elisha Applebaum, Sadie Soverall]. I couldn't have asked for a better group of people to do that with."

Has she picked up any British slang along the way? "Bollocks!" she says.

Get to know more about Cowen with her Bustle Booth questionnaire below.

Spongebob Squarepants. That will go down in history as the best cartoon EVER made.

I am a bit late to the game, but I started Schitt’s Creek about a month ago and it’s already a favourite. I cry laughing almost every episode.

I never really had an idol growing up, other than when I was in my Justin Bieber phase, haha! That was more like a celeb crush though.

I would make my own and have it be about my family. We literally could have our own TV show with the amount of chaos that goes on when we are all together. It’s hilarious.

‘It’s All Coming Back To Me Now’ by Celine Dion. I do not do it well, but boy do I scream it and have a whole dance number rehearsed.

Hmmm. Well, I hope that even though people may not ever remember what I say or do, I hope they always remember how I made them feel. And I hope that’s good, joyful, empowered, and loved. That’s something I try to put into action every day.

More like this
'Bridgerton' S3 Will Show A *Very* Different Side To Kanthony
By Sam Ramsden
Twitter Is Burning As Phoebe Dynevor Reveals Daphne’s 'Bridgerton' Exit
By Sophie McEvoy
Helena Bonham Carter Doesn't Think 'The Crown' “Should Carry On"
By Sam Ramsden
'That '90s Show' Star Callie Haverda Got Advice From Mila Kunis & Ashton Kutcher
By Brad Witter
Get The Very Best Of Bustle/UK
Sign up for Bustle UK's twice-weekly newsletter, featuring the latest must-watch TV, moving personal stories, and expert advice on the hottest viral buys.