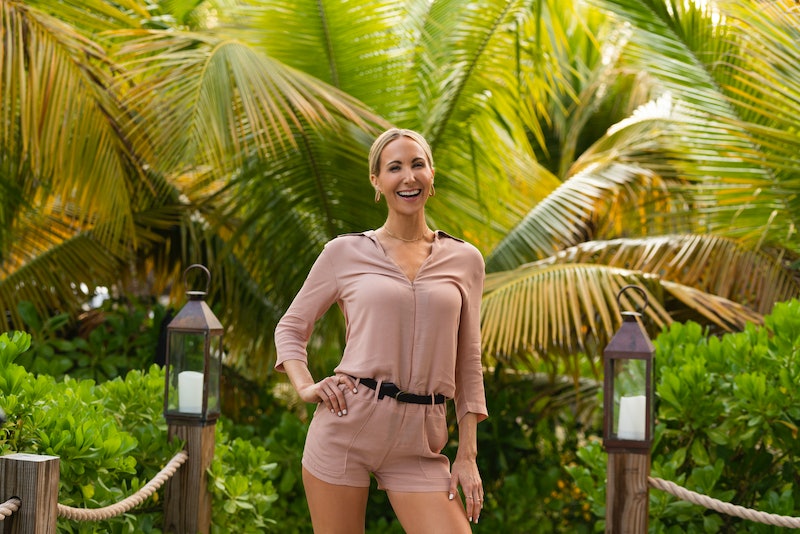 The thing that sets HBO Max’s FBoy Island apart from other dating shows is also what makes it the perfect hosting gig for comedian Nikki Glaser. “The real difference right out of the gate is that it’s a comedy,” she told Us Weekly of the reality series, which follows three women as they try to distinguish which 12 of their contestants are self-proclaimed nice guys and which 12 are proud f*ckboys.

“We watch these shows and we laugh amongst each other, and we laugh with the people we’re watching them with. We make fun of it, but the shows rarely make fun of themselves or acknowledge the fact that what’s happening is hilarious,” Glaser continued. “I was able to do that as the host of the show and the people I made the show with were down to, kind of, change the format.”

Ahead of the show, here’s everything to know about Glaser.

Glaser’s stand-up is incredibly candid, often touching on taboo sexual topics in graphic detail. She told Vanity Fair that it’s because she was a late bloomer, describing herself as a former “prude” who lost her virginity at 21. “I was obsessed with sex because I wasn’t having it,” Glaser explained. Through her comedy, she hopes to educate younger girls “so they’re not so freaked out, don’t feel that they owe sex to anyone or need a boyfriend as a stamp of approval, and don’t think their bodies are gross because they’ve never heard what sex really is.” Glaser’s experiences with anorexia, depression, and anxiety also frequently come up in her routines.

The comedian, who lists Sarah Silverman, Jenny McCarthy, and Conan O’Brien among her influences, got her big break on The Tonight Show with Jay Leno when she was 18. By 2013, she was the co-host of MTV’s late night talk show, Nikki & Sara LIVE, and her Comedy Central show, Not Safe with Nikki Glaser, premiered in 2016. The talk show hybrid investigated American eroticism through panel discussions, guest and field interviews, and social experiments.

“I like putting myself in uncomfortable situations,” Glaser told Vanity Fair, referencing the time she forced her parents to review a box of sex toys with her and improvise their way through the sex talk they never gave her as a child. “The night before that shoot, I was dreading it, and that’s when I know I’m doing something good.”

When HBO Max announced Glaser as the FBoy Island host, she joked in a statement that she “said yes immediately” to the offer before realizing they weren’t asking her to be “one of the girls looking for love.” She recently confirmed on The Last Laugh podcast that she’s single, so maybe she’ll get to join the cast in a potential Season 2.

“I used to be so ashamed of trying to look hot,” Glaser said. “So now I’m just kind of indulging in that. I am single. I don’t care if I’m perceived as sexy. I should be. I’m trying to find a mate. I’m trying to find someone who looks at me and goes, ‘Oh, that makes my dick fill with blood and I kind of would like to put my penis in that.’ I’m not trying to find a life partner who goes, ‘Oh my god, she’s so funny.’ That’s not what I’m looking for in a relationship, is someone who tells me I’m funny all the time. Because I know I am.”