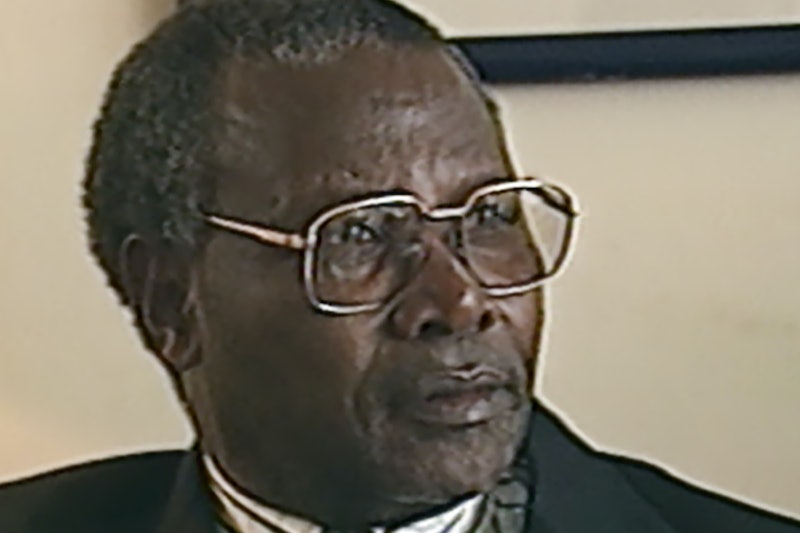 After more than two decades on the run, alleged Rwandan genocide financier Félicien Kabuga was arrested in a Paris suburb in May. During his bail hearing, Kabuga denied involvement in the 1994 slaughter of about 800,000 Rwandans by Hutu militias, who the now-85-year-old businessman is alleged to have armed and financially backed. "All of this is lies," Kabuga, who's featured in Netflix's World's Most Wanted, told a French court per the BBC. "I have not killed any Tutsis. I was working with them."

A judge ultimately rejected bail for Kabuga, who was arrested in a dawn raid in Asnières-sur-Seine where he had been living under a false identity, according to the BBC. Though Kabuga's attorneys argued his health was too poor for transport, a French judge ordered in June that Kabuga be extradited to the U.N.'s International Residual Mechanism for Criminal Tribunals at The Hague in the Netherlands. Kabuga's attorneys expressed their intent to appeal the decision, and for the time being, Kabuga is being held in central Paris' La Santé Prison.

During the '90s, Kabuga served as the president of Rwanda's Radio Télévision Libre des Mille Collines (RTLM), where he allegedly used his authority to spread anti-Tutsi messages, according to the International Justice Resource Center. The International Criminal Tribunal (ICTR) for Rwanda indicted Kabuga on seven counts including genocide and crimes against humanity in 1997, but he'd managed to evade capture until 2020. At one point, the United States offered a $5 million reward for information leading to his arrest.

Regardless of what happens next in Kabuga's case, genocide survivors seem to have taken some comfort in the fact that he's in custody. "Every genocide survivor is happy he is arrested," Valerie Mukabayire, the leader of the Rwanda widows' group Avega, told the BBC in May. "Everyone has been waiting for this news. It is a good thing that he is going to face justice."