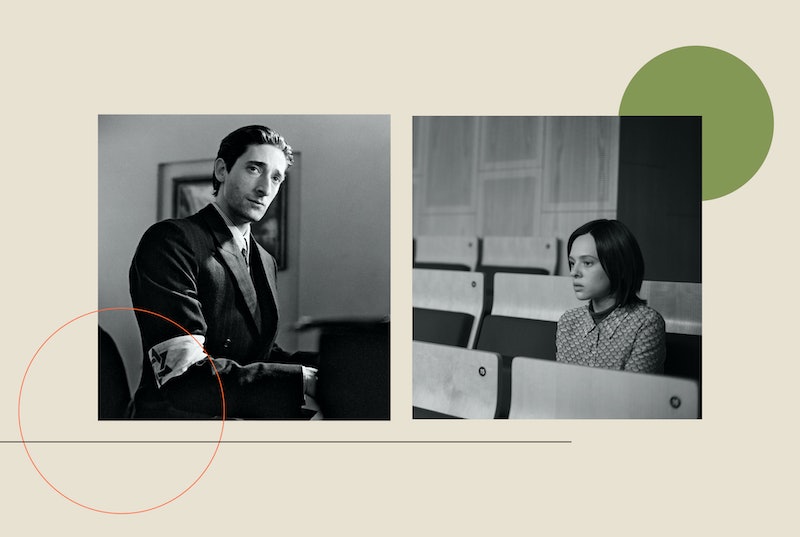 On July 24, grime artist Wiley posted a series of offensive tweets across his social media that perpetuated seriously damaging stereotypes of Jewish people. His actions have reignited the discussion around anti-Semitism, what it is, and how it manifests in today's society, and now people are looking to learn more and to become a better ally to Jewish communities.

One way to do this is to watch and listen to films, podcasts, and TV series that highlight the Jewish experience both historically and in the present day. Understanding the customs and history of other communities and the discrimination they face will help you be a better ally – but so will sharing in their joy and celebrating in their creativity. Below is a list that will help you do both.

This episode is from Politics Weekly in 2018. Corbyn had called a review into anti-Semitism within the Labour party and MP Wes Streeting explained the problem that exists with anti-Semitism in the left and in UK politics.

NIF Aus: "Antisemitism, the UK and British Jewry in the Post-Corbyn Era"

Guardian columnist and commentator Jonathan Freedland joins Debbie Whitmont to talk about anti-Semitism in the UK, U.S., and Europe. He talks about how politics and political ideology has shaped conversations about anti-Semitism and the experience of Jewish people in the UK.

Stefan Rollnick speaks to Stephanie Lloyd and Danny Stone from the Anti-Semitism Policy Trust about what institutional anti-Semitism is and what it can look like. They also discuss anti-Semitic harassment and the headlines about anti-Semitism in UK politics and society.

In this episode Ezra Klein speaks to Deborah Lipstadt, a professor of Modern Jewish History & Holocaust Studies at Emory University and was the author of Anti-Semitism: Here and Now. They talk about the earliest forms of and rationales for anti-Semitism and the cultural reasons for their persistence.

Tiffany Haddish treated her fans to an all-singing, all-dancing extravaganza on her fortieth birthday. In her Netflix special Black Mitzvah she explores her Jewish identity and her journey to becoming the woman she is. She talks about connecting with the Jewish faith and studying the Torah as a way to get closer to her ancestors.

Miriam "Midge" Maisel has achieved everything she’s supposed to want as a doting housewife in the '50s. She has the perfect husband and kids and her house is the talk of all her friends. However, when she discovers she has a talent to make people laugh and the rush of stand up, she can’t go back to her "normal" life. The Marvellous Mrs Maisel has faced both praise and criticism for its portrayal of Jewish culture and its casting choices, which is one of the reasons it can be a good educational tool for non-Jewish people: viewers should not only engage with the show, but engage with the discussion around it, to understand more about Jewish experiences.

One of the most talked-about shows of recent years, Fauda offers viewers a new perspective on the Palestinian-Israeli conflict. The show follows an Israeli agent who comes out of retirement to rejoin the fight against terrorism. This show is hugely controversial, with a number of asking it to be boycott altogether for its depiction of violence against Palestinian people. Others have argued that Fauda does not ignore the Palestinian perspective, but instead brings a new type of spotlight to it. Viewers of this show would do well to engage with all the commentary happening around it in order to deepen their understanding of the Palestinian-Israeli divide.

Unorthodox opens in the conservative Jewish community in Williamsburg, Brooklyn. A young woman faces the prospect of marrying the man her parents have chosen for her. The only other alternative is running away. She flees to Berlin where she creates her own bohemian family. Like others on this list, Unorthodox was met with mixed opinions, some believing it to be an accurate portray of certain Jewish customs and ways of life and others saying the opposite. Either way, as one of the most talked-about shows of 2020, everyone interested in learning more about the Jewish experience should watch Unorthodox and also do research around its subject matter.

Everyone's favourite sitcom Schitts Creek deserves recognition on this list as it allows viewers the opportunity to revel in the joy, creativity, and talent of its creators: Jewish father-so duo Dan and Eugene Levy. Everyone thinks their family is a little cooky but it’s likely you’ve got nothing on the Rose family. When Johnny Rose’s fortunes change he finds himself broke and forced to move his family to Schitt’s Creek. What starts off as a disaster gets funny very quickly.

The Awakening of Motti Wolkenbruch

The Awakening of Motti Wolkenbruch was entered as Switzerland's Oscar submission and tells the story of a young man trying to figure out who he is and deciding whether he can cut ties with his family, his traditions, and the world he has always known. It is based on a book of by Thomas Meyer and offers non-Jewish people insight into a lifestyle they may not know a whole lot about. However, it should be noted that The Awakening has faced criticism for presenting a Jewish context that is "routine, joyless and unrelatable" so viewers should make sure to read around the film and do research to supplement what they learn from it.

Directed and written by Noah Baumbach and starring Adam Sandler and Dustin Hoffman, The Meyerowitz Stories follows a family as they come together after years apart. A deeply personal tale for Baumbach, who loosely based it on his own experiences, this film about love and family dynamics has been praised for its portrayal of Jewish fatherhood and its emotional storyline.

This Is Where I Leave You

After the death of their father the Altman family return to their family home to sit Shiva, a period of mourning observed by Jewish families. Starring Adam Driver, Jason Bateman, and Tina Fey,This Is Where I Leave You is a funny and touching take of familial frictions. However, it should be noted that the majority of actors in this movie are not Jewish, despite playing Jewish people. Watching This Is Where I Leave You will be educational for non-Jewish people in terms of customs and practices, but reading around it and learning about the discussion around Jewish casting will be just as important.

The Pianist offers insight into a significant historical period, the effects of which an still be felt today. The Oscar-winning movie is an adaptation of a memoir from Wladyslaw Szpilman, a Polish Jewish radio station pianist. It tells the story of how he was forced into a Warsaw Ghetto as World War Two started and was separated from his loved ones. The film details what he did to try and find his family again.