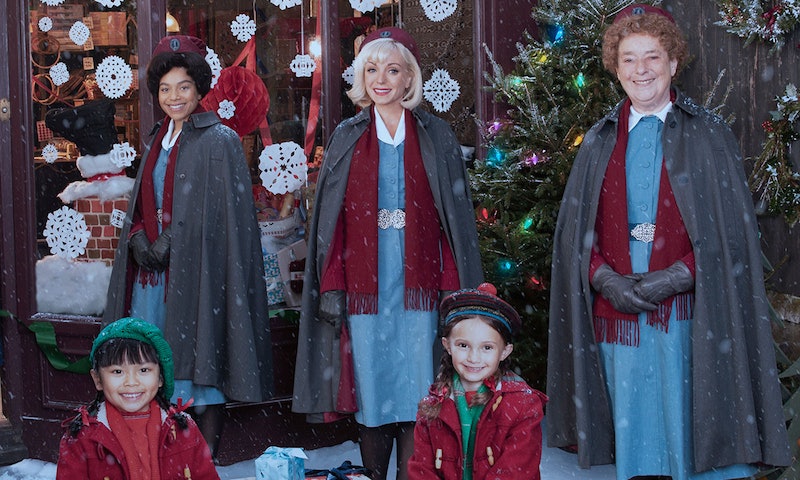 Christmas 2020 is sure to be very different from previous festive seasons. However, there are a few things we can always count on, even this year. There's the turkey dinner, the giving of gifts, and, oh, the TV Christmas specials, many of which have been able to go ahead as planned this year (with adjustments where necessary, of course). Can't wait to see what's in store? Well luckily, the first Call The Midwife Christmas preview has arrived to give us a taste of what we can expect come Christmas day.

A short 56-second clip has been unveiled by the show on social media, and it gives a taste of what's to come plot-wise. We see Trixie rush to the front door to accept the day's post, which she presumes will include a letter from her Godmother, which contains her annual dress allowance.

However, upon opening said letter, the character (played by Helen George), gets an unpleasant surprise when it comes to light that, instead of her allowance, her Godmother has actually signed Trixie up to a "marriage bureau" to find love so she doesn't end up "on the shelf," as her Godmother puts it.

While Trixie is obviously pretty horrified initially by the thought of speed dating, it sounds as though she eventually came round to the idea. "It’s ultimately quite a fun storyline for Christmas,” George told the Radio Times. “And I do get to speed-date – the Call The Midwife equivalent of speed-dates with quite a few men, chaps.”

The publication also reports that, elsewhere in the Christmas special, we can also expect to see the circus coming to town and an emotional reunion that will see Shelagh involved in a touching birth.

The show was filmed during the pandemic (after the first lockdown), but strict social distancing was adhered to, along with other guidelines.