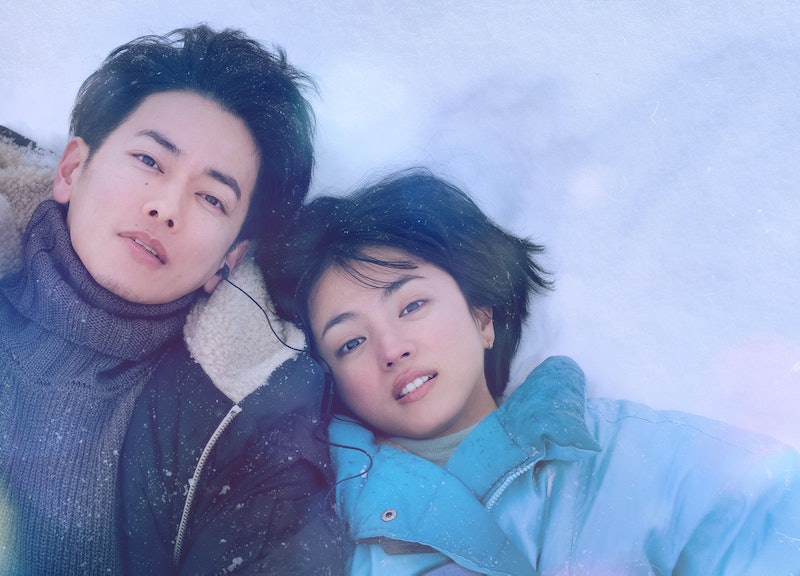 Netflix’s new romance series, First Love, is the perfect pick for a cozy winter marathon, and not just because of all the snow imagery, though there’s plenty of that. The Japanese drama, which premiered Nov. 24, tells the story of a couple, Yae and Harumichi, through two timelines: their adolescent romance in the ‘90s and their strained relationship closer to the modern day.

Mild spoilers ahead. Yae is a single mom who tragically doesn’t recognize Harumichi. Don’t worry, it’s not a major twist to say that Yae has, somehow, forgotten her high school sweetheart. In fact, losing that crucial memory is just one of several challenges Yae and Harumichi face together after leaving the familiar terrain of high school, from long-distance growing pains to questions about their career paths.

The atmospheric series is based on the songs “First Love” and “Hatsukoi” by Hikaru Utada, whose music plays a major role in the series — yes, the emotional tracks will get stuck in your head after you finish your marathon. And it will leave you wondering if there will be more episodes of First Love in the future.

Netflix hasn’t announced the renewal of First Love yet. But if a second installment does happen, here’s what it might look like.

What Is The First Love Season 2 Plot?

The good thing about First Love is that while it’s a heartbreaking romance, it’s a heartwarming one, too — and there’s definitely more material that could be covered in a potential First Love Season 2. Though we know that Yae and Harumichi’s love story ends on a hopeful note, the show could take a This Is Us approach and flesh out different periods of their life.

Who Is In The First Love Season 2 Cast?

Speaking of, in addition to Hikari Mitsushima and Takeru Satoh as grown-up Yae and Harumichi, respectively, a First Love Season 2 would likely bring back the couple’s teen counterparts — Rikako Yagi and Taisei Kido.

What Is The First Love Season 2 Potential Premiere Date?

Since First Love hasn’t been renewed yet, there’s no word on when to expect the potential next installment. However, according to Variety, the series has performed well on the streamer, reaching the No. 5 spot for non-English titles and the No. 1 spot for Japanese series, as of Dec. 7.

Here’s hoping that bodes well for the future of First Love — because Yae and Harumichi’s story is just too good to stop here.

This post will be updated with the trailer, release date, and additional plot details as more information on a potential First Love Season 2 becomes available.

More like this
Here’s Everything Coming To & Leaving Netflix In February
By Jake Viswanath
The 'Freeridge' Cast Shared Their Hopes For A Potential Season 2
By Grace Wehniainen
Netflix Shut Down 'Bridgerton' S3 Rumours About A “Very Dark” Storyline
By Bustle
'The Crown' Season 6 Has Suspended Filming "Out Of Respect" For The Queen's Death
By Bustle Staff
Get Even More From Bustle — Sign Up For The Newsletter
From hair trends to relationship advice, our daily newsletter has everything you need to sound like a person who’s on TikTok, even if you aren’t.