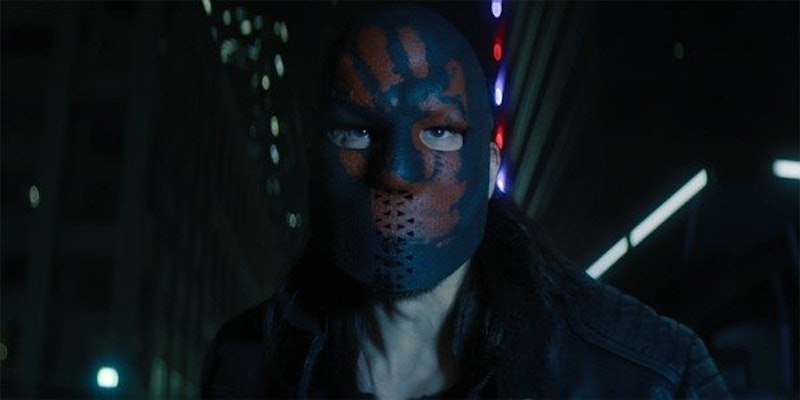 With WandaVision — the Marvel Cinematic Universe’s first Disney+ streaming series — all wrapped up, the MCU is set to launch its next show. The Falcon and The Winter Soldier premieres on the streamer on Friday, March 19 — and from the look of the trailer, it offers up a more typical, action-heavy Marvel Comics vibe than WandaVision’s quirky meta-commentary. In the new series, Falcon/Sam Wilson (Anthony Mackie) and Winter Soldier/Buckie Barnes (Sebastian Stan) have seemingly teamed up to help the world put itself back together following the events of Avengers: Endgame. But with Thanos gone, who — or what — will the duo face off against?

Thanks to the never-ending supply of Marvel Comics characters, there’s no lack of bad guys for our heroes to fight. In The Falcon and The Winter Soldier, one of those villains appears to be Helmut Zemo (Daniel Brühl). Zemo first appeared in Captain America: Civil War as a former special operations soldier and mercenary from Sokovia, who seeks revenge against the Avengers for the his family’s death after the events of Avengers: Age of Ultron. Zemo was arrested by Black Panther at the end of that film, but based on the trailers, it looks like he’s out free — and he’s not the only villain on the loose. The preview also introduces us to the Flag-Smashers, a cadre of criminals who wear dark masks emblazoned with red palm prints. But who are the Flag-Smashers, and how do they connect to the Marvel comics?

In the comics, Flag-Smasher wasn’t a group of people, but rather a single antihero. The character, who’s also known as Karl Morganthau, first appeared in Captain America #312 in 1985. According to GamesRadar, he was “a creation of longtime ’80s Captain America writer Mark Gruenwald, who also co-created [Agent John Walker].” (Walker also appears in The Falcon and the Winter Soldier, played by Wyatt Russell). Flag-Smasher “is an oddly political villain, initially conceived as an ideological — but still villainous — opposite to the Red Skull.”

Red Skull was another of Captain America’s foes, and Flag-Smasher emerged in response to the villain’s fascist motives. Flag-Smasher became a passionate fighter against nationalism and patriotism, but he careened to the opposite end of the political spectrum, choosing to embrace anarchy. According to Looper, “the main drive behind Flag-Smasher's criminal activities is his societal ideology.” The outlet continues, “Karl Morgenthau grew up as the son of a Swiss diplomat, who lost his life during a riot in Latveria. After this traumatic event, the young Morgenthau grew to despise the state of the world, expressing his disdain for countries and the national pride that residents can feel... He felt nationalism created a societal hierarchy that bred bigotry, hate, and a false sense of superiority.”

As a result, Flag-Smasher created the group ULTIMATUM, The Underground Liberated Totally Integrated Mobile Army To Unite Mankind, which gets more screen time in the series’ second trailer (below).

Inspired by Karl Morgenthau, a number of other ULTIMATUM members took on the moniker of Flag-Smasher. According to the MCU Fandom page, in The Falcon and The Winter Soldier, Erin Kellyman plays a character named Karli Morgenthau, so it appears that Marvel may have gender-swapped the Flag-Smasher for the series. But it seems Karli won’t work alone; rather, it looks like she’s the leader of a group that calls themselves the Flag-Smashers, rather than just a singular villain for the series.

This could mean that The Falcon and The Winter Soldier aims to reflect our own tumultuous political climate, incorporating both fascistic villains and their anarchist counterparts. “We wanted this series to be extremely relevant and extremely rooted in the times,” The Falcon and The Winter Soldier series creator and head writer Malcolm Spellman said in an interview with CinemaBlend. “And we wanted villains who believe they are heroes, and could actually mount an argument that the audience will be like, 'Oh, they're not crazy;' so that the heroes could be like, 'Eh, I don't know if they're crazy.' So there is more than one antagonist in the series, and...these villains are very much of our times. Just like the heroes are.”

We’ll have to see what exactly he means and how Flag-Smasher is incorporated into The Falcon and The Winter Soldier when the series debuts on Disney+.