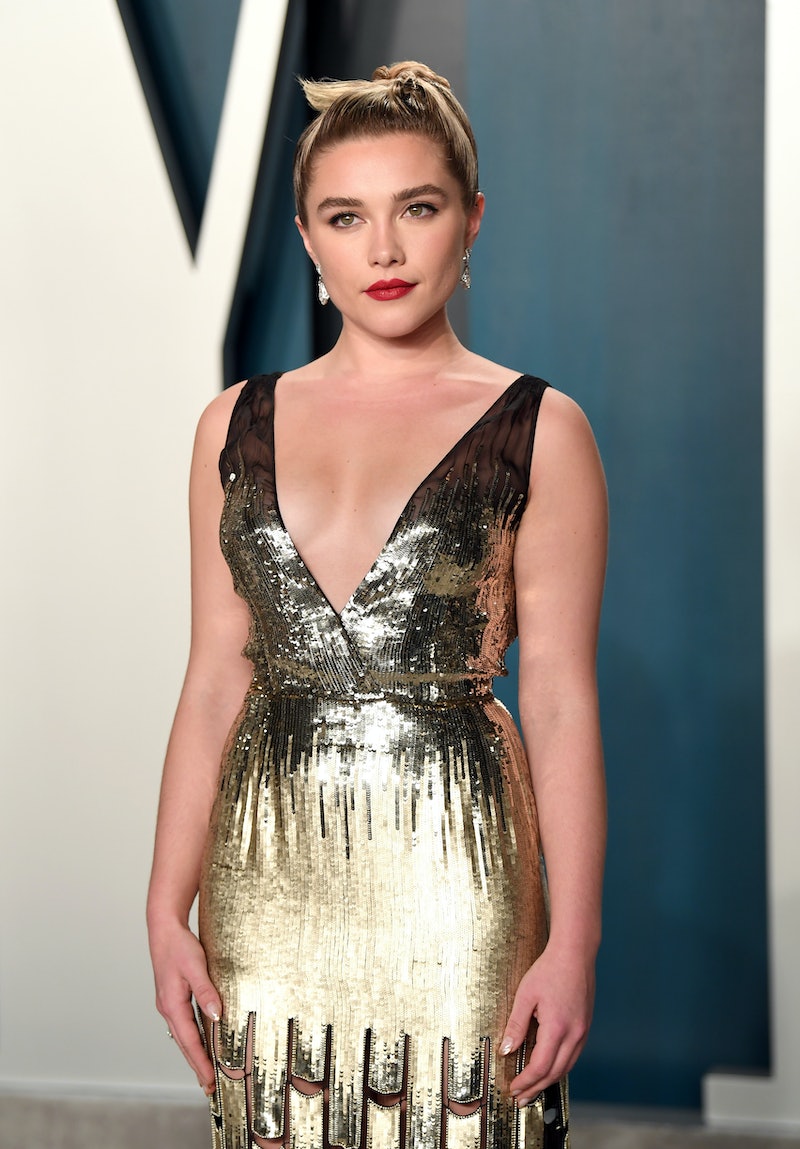 Florence Pugh might be a young Hollywood starlet, but she's not here for the celebrity speculation that can come with being in the spotlight. Florence Pugh revealed why she defended her relationship with Zach Braff so strongly in a candid new interview. The 24-year-old Oscar nominee has received major flack for dating the Scrubs actor, who's over 20 years her senior, and she recently took to social media to admonish critics inserting themselves into her personal life.

Explaining why she decided to defend her relationship publicly in the July 8 episode of Sue Perkins' podcast An Hour or So With..., Pugh called out how the double standard in how personal lives of male and female celebrities are given different amounts of public attention. "Women's lives, the moment they get in that spotlight, is being completely devoured by people," she said, as per BuzzFeed. "It's totally allowed because for some reason the public feel like it's their right to know stuff about them. But the same attention to detail doesn't happen to men. I've always found that really interesting, and how you're supposed to just put up with it."

The Little Women star has become increasingly vocal about how men and women are treated in the media since she was forced to turn off comments when she posted on Instagram for Braff's birthday due to vile remarks about their age difference. Back in April, Pugh explained in an Instagram video why she didn't need followers commenting on her personal life. "It makes me upset that during this time when we need to be together, the world is aching and the world is dying, and a few of you decided to bully for no reason," she said. "The abuse that you throw at him is abuse that you are throwing at me, and I don't want those followers. I do not want to have to be protecting my comments every time I post a picture of him."

Now, she sees that having to defend her relationship for anyone is completely unnecessary, and she won't let critics make her feel bad about her love life. "I've always found it funny, how I can be good enough for people to watch my work and support my work and pay for tickets and I'm old enough to be an adult and pay taxes, but I'm not old enough to know who I should and should not have sex with, once again making a young woman feel like sh*t for no reason," she told Perkins. "I think I did feel sh*t for a while about admitting that, then I thought how ridiculous is that? I'm 24 and I can't choose who I love."

She concluded by saying that she will never understand why people think they have a right to have an opinion on any celebrity's personal life. "People want to have a say on who you go out with, where you go for lunch," she said. "I'm not a reality TV star. I don't let people into my life like that so since when has it been OK for someone to shout at someone for their relationship? It's crazy to me."