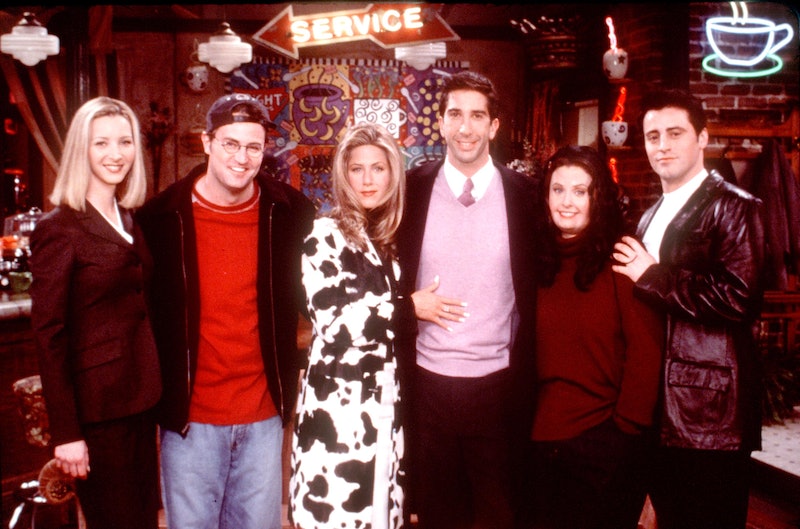 Name a more iconic friend group than Rachel Green, Chandler Bing, Joey Tribbiani, Phoebe Buffay, and Monica and Ross Geller. I’ll wait. This ragtag group of Friends may have originally taken over television screens way back in 1994, but their story of friendship and romance has remained a cultural phenomenon around the world decades later. Each of the characters has been used to define the members of one’s own friendship group (“you’re so Monica!”), and to this day, the show continues to spark discussions about whether or not Ross and Rachel were really on a break or not.

It makes sense then, when the show completed its final season in 2004 nearly ten years after its original air date, that each of the six cast members would take a souvenir from set to commemorate the life-long friendships and memories they had created over the course of the show together. But what did they pick? Ahead of the upcoming Friends reunion special, the entire cast sat down with PEOPLE and finally revealed what they each took with them after the show ended. Spoiler alert: It ended up being more than just cheesecakes.

While Lisa Kudrow revealed that they technically “weren’t allowed to” take anything from set, that certainly didn’t stop the group from taking home some unique souvenirs before they all officially moved out of their beloved New York City apartment sets. For some cast members, like David Schwimmer, it was the little things that meant the most. “I just stole a little placard, I think it was a Professor Geller placard from my office at the museum,” he said.

Matt LeBlanc, however, took something for more hilarious and nefarious purposes. “I stole an ‘I Love Friends’ license plate frame and put it on Schwimmer’s car and it took him a week to realize,” LeBlanc revealed. When Schwimmer burst into laughter, LeBlanc asked: “Do you remember that? Yes, that was me.”

Although Kudrow maintains that she “didn’t steal anything,” she has kept her security badges, a collection of Phoebe’s rings, and the clock face cookie jar Matthew Perry gave her. According to Kudrow, Perry “asked permission” before giving it to her but he remembers it a bit differently. “I stole the cookie jar that had the clock on it and I gave it to Lisa Kudrow,” he said frankly. “Because she, at one point, looked at it and thought that it was a real clock.”

Channeling her inner Rachel Green, Jennifer Aniston’s pick was all about fashion: a floral, lace dress plucked straight out of Monica’s closet. “I still have it to this day, I still wear it and it fits,” Aniston said. When Courteney Cox remarked that the dress has probably gone “in and out of style four times,” Aniston cooly commented: “It will always be in style.”

The only castmate who didn’t end up with any set souvenirs from her stint on the show is Cox. “I’m not a person that collects things,” she admitted. “Then, now, I regret. I’m going to actually go steal something tonight!”

Directed by Ben Winston and executive produced by Aniston, Cox, Kudrow, LeBlanc, Schwimmer, and Perry, Friends: The Reunion will be available to stream on HBO Max starting May 27.