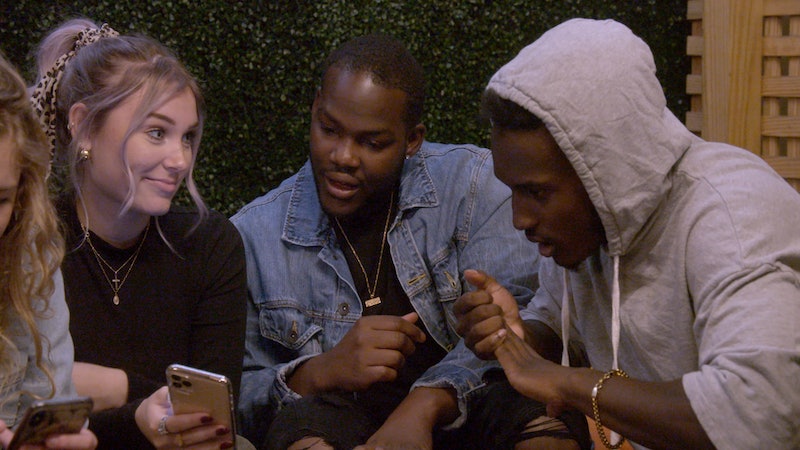 Nestled among the factories and warehouses of Northeast D.C. more than 2 miles from the White House sits the leafy, 99-acre Olmstead-designed campus of Gallaudet University, the world’s first and only higher ed institution dedicated to the deaf and hard-of-hearing. Officially, the school is bilingual; the languages of instruction are written English and American Sign Language. Gallaudet boasts a student body of about 2,000, the invention of the football huddle, cutting-edge architecture, and now, thanks to Netflix, a reality TV show about campus life that comes with a snappy new nickname: Deaf U.

Unlike a lot of reality TV show productions, which are shrouded in secrecy, Gallaudet has been vocal about what filming looked like for students in 2019. Nyle DiMarco, a Gallaudet alum and deaf activist who won Season 22 of America’s Next Top Model, served as an executive producer on Deaf U. The hope, according to Gallaudet’s website, is that the series will help “redefine society’s perceptions about deaf people” by showing the vibrancy of ASL culture.

It also feels like a peek behind the curtain of a university that hearing learners seldom get to experience (though a small number of hearing students are admitted to Gallaudet each year). For example, viewers will be immediately struck by the glass-walled atrium where most of the series’ confessional interviews are shot. The light-filled space is more than just an aesthetic choice — it’s part of Gallaudet’s commitment to DeafSpace, a branch of architecture that seeks to optimize building design for the Deaf experience. Another example is the campus's myriad sliding doors, which allow students to enter new rooms without interrupting the flow of the conversation playing out with their hands.

Besides being a four-year university, Gallaudet is a key researcher into technological advancements that can augment Deaf culture. Most recently, they worked with Apple to design a face mask that’s both FDA-approved, but still allows Apple's staff to communicate with deaf customers, who frequently rely on facial expressions and lip-reading in retail settings. It’s also a repository for Deaf history, home to the National Deaf Life Museum. That said, the university isn’t only interested in interrogating Deaf culture; students can major in the same degrees offered by most liberal arts colleges, from English to Psychology to Mathematics.

The school wasn’t directly involved in making Deaf U, instead trusting alums like DiMarco to tell the story he lived as a student. “Back in my college days, my friends and I always used to say that Gallaudet really needed a reality TV show because we knew it would be a hit,” DiMarco told The Daily Front Row. “People outside our community really don’t understand the Deaf world, maybe they’ve never even met someone who is Deaf, so there’s a unique level of fascination. We have so much diversity and so much beauty within our community. We are not a monolith, we have complicated layers. Gallaudet is the perfect entry point for people to see the variety, depth, and breadth of who we are.”