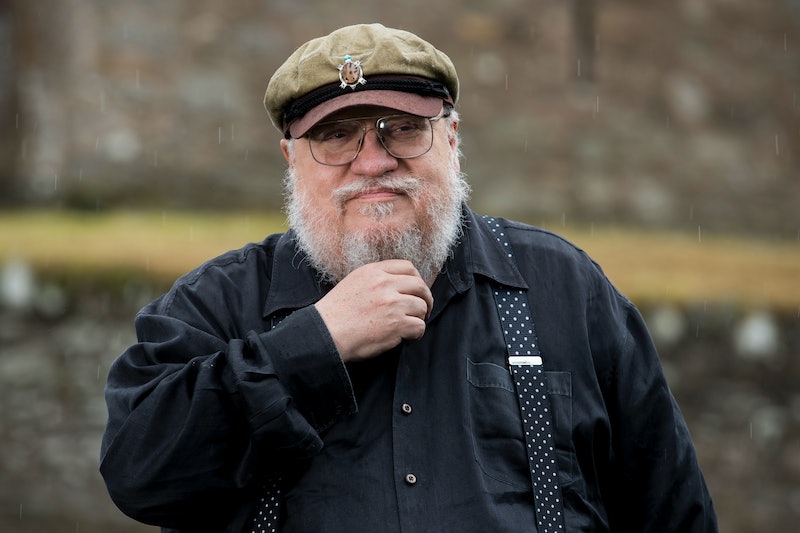 Nearly two years after the spectacular Game Of Thrones series and carefully crafted character arcs crumbled in a polarizing finale on HBO, George R.R. Martin will provide the source material for another onscreen adaptation. This time, HBO will reportedly travel back 90 years into Martin's fantastical world and provide visuals for Tales of Dunk and Egg novellas.

According to Variety, these stories take place less than a century before the A Song of Ice and Fire series, and Ser Duncan the Tall (Dunk) and Aegon V Targaryen (Egg) will be the focus. For those who wiped all Game of Thrones knowledge from their memory following that Season 8 finale, Aegon is Maester Aemon's brother. Aegon later becomes King Aegon V (the Unlikely) and the grandfather of the Mad King, Daenerys Targaryen's father. (In the HBO series, Aegon is the Mad King's father, not grandfather.) As he ruled, Aegon notably exiled Lord Brynden Rivers aka Bloodraven aka the Three-Eyed Raven. During Aegon's reign, Ser Duncan serves as the Lord Commander of the Kingsguard.

The prequel series is still in early development by HBO, so there's no concrete casting news or plot details to report just yet. However, a bulk of the storylines will likely follow each of Martin's three novellas: The Hedge Knight, The Sworn Sword, and The Mystery Knight. Martin previously stated his plans to continue publishing more novellas in the Tales of Dunk and Egg series, so time will tell if the proposed TV show outpaces the written works like Thrones did.

If this adaptation gets picked up, it'll be in good GoT and HBO company with the House of the Dragon prequel, scheduled for a 2022 premiere date. As one of Variety's sources stated, "It is a high priority for HBO as the premium cabler looks to build on the success of Game of Thrones.”

More like this
Netflix Shut Down 'Bridgerton' S3 Rumours About A “Very Dark” Storyline
By Bustle
'The Last Of Us' Episode 4 Put Twitter Into An Emotional Spiral
By Alyssa Lapid
Bill & Frank’s 'The Last Of Us' Episode Has Twitter Emotionally Wrecked
By Alyssa Lapid
Everything To Know About 'And Just Like That...' Season 2
By Jack Irvin and Grace Wehniainen
Get Even More From Bustle — Sign Up For The Newsletter
From hair trends to relationship advice, our daily newsletter has everything you need to sound like a person who’s on TikTok, even if you aren’t.