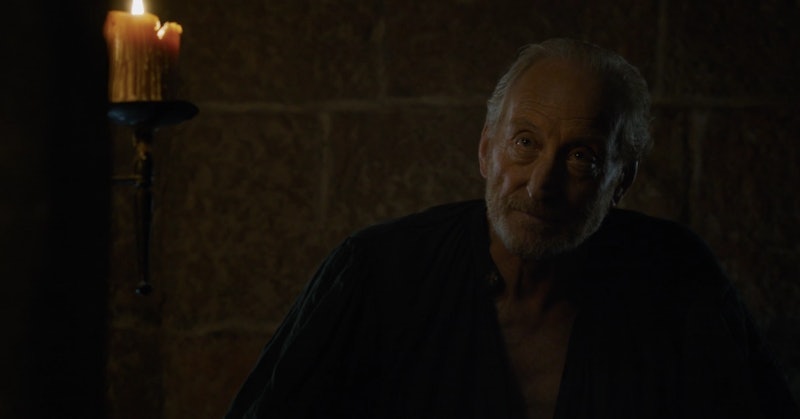 Tywin Lannister was never one to hold back his opinion on Game of Thrones and it seems his real-life counterpart is taking a page out of his former character's playbook. During a recent interview with PopCulture.com, Charles Dance spoke out against the final season of Game of Thrones, admitting that he found himself feeling disappointed with the ending, despite being a big fan of the series throughout the years, long after his character met his demise in the Season 4 finale.

"I mean, I saw it. I continue[d] to watch the whole series even after I'd been killed off in the lavatory," Dance told the outlet. "Because I just thought it's a fantastic television show, you know? I was very lucky to be part of it. I loved it; there were storylines [where] I wanted to know what was going to happen to these people! I know that the finale satisfied a lot of people. It also disappointed a lot of people, and I'm afraid I am in the latter camp."

Some fans were so infuriated by how the eighth and final season played out that it launched the start of a petition, asking for the final season to be completely redone. And while Dance had never heard of the petition up until this point, he indicated that he wouldn't be opposed to signing it.

That doesn't mean Dance doesn't respect what series creators David Benioff and D.B. Weiss were trying to do. On the contrary, he thinks that the two of them did such a phenomenal job with the show that it made fan expectations too high to ever fully reach. "I think David and Dan raised the bar when it came to television screenplay writing. They are phenomenal," Dance continued, while noting that it's also what made that twist ending all the more perplexing and somewhat anti-climatic. "For the whole thing to end up as a committee, I just thought, 'Hmm, no.' I would say I was somewhat underwhelmed by."

Of course, not every former cast member shares Dance's view on the matter. Some Game of Thrones stars such as Kit Harington have vehemently come to the show's defense, telling Esquire in 2019: "I think no matter what anyone thinks about this season — and I don't mean to sound mean about critics here — but whatever critic spends half an hour writing about this season and makes their negative judgment on it, in my head they can go f*ck themselves."

Meanwhile, Carice van Houten, who played Melisandre on the series, called fans "ungrateful" for the harsh backslash the final season had received during an interview with Insider in May 2020. "You've had such great times and then yeah, you're going to be disappointed because it's not going to go exactly how you anticipated," she stated at the time.

This is one topic no one is ever going to fully agree on, but now that Dance is fully on board with the petition, maybe it'll start to get the ball rolling on a remake. After all, if anyone has the power to make something like that happen, it would be Tywin Lannister.