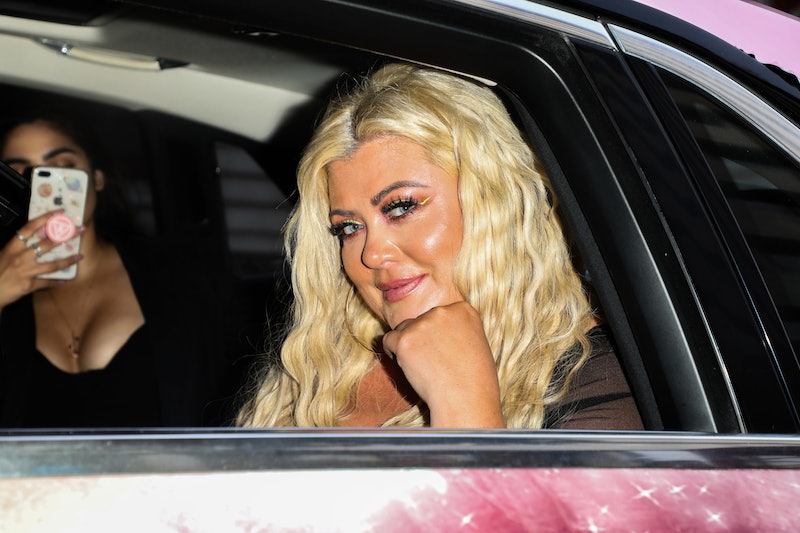 What do Donald Trump, Greta Thunberg, and Gemma Collins have in common? Before this week, not very much, but news that Gemma Collins has been nominated for a Nobel Peace Prize mean that she's shoulder to shoulder with some of the world's most influential people.

The news comes courtesy of YouTuber Josh Pieters, who shared a post on his Twitter account today (Sept. 23) detailing the letter he sent to The Norwegian Nobel Institute. Alongside his YouTube partner in crime Archie Manners, the famous prankster penned a document so convincing that it was deemed worthy of consideration by the committee.

The letter was sent on behalf of The Romford Research Institute for Peace, an organisation created by Pieters and Manners. It praises all of Collins' TV work and claims that her time on The Only Way Is Essex (specifically the way in which she dealt with her tumultuous relationship with James 'Arg' Argent) proves that "the GC effect" is a recipe for world peace. "We believe ... that if Gemma spent a long weekend in North Korea she could use the skills as seen in TOWIE to attempt to bring peace to the region," the letter reads.

It continues: "However, Miss Collins' actions in furthering peace do not merely exist in her television work. She united an entire nation when she famously fell through the stage at the BBC Radio 1 Teen Awards. This moment, shared by the entire UK population, was an act of unification – the joy the population felt at her lunge brought together a previously divided people. Our research has concluded that this single plummet significantly contributed to the United Kingdom avoiding a Civil War in Autumn 2017."

It's hard to argue with them on that one.

The GC's business acumen is also highly praised in the letter, especially the message her products promote. "You can buy a mask emblazoned with, 'Are You OK Hun?' further reinforcing the notion, endorsed by the Institute, that engaging in a constructive dialogue is the way forward."

Pieters is no stranger to tricking high-profile individuals and came to global attention in January 2020 when he convinced controversial media personality Katie Hopkins that she was to receive the 'Campaign to Unify the Nation Trophy.' The acronym of this fictional award spells out one particularly unfavourable swear word, and Hopkins completely fell for it.

The news about Collins comes hot on the heels of another, equally baffling (but much more frightening) nomination for current U.S. President Donald Trump. The nomination, announced in early September, is actually Trump's second in two years. Yep, let that sink in.

Trump and Collins join 318 other candidates in the line up with this prestigious, with the winner set to be announced on Oct. 9. I for one would pay good money to hear the TOWIE star's acceptance speech.