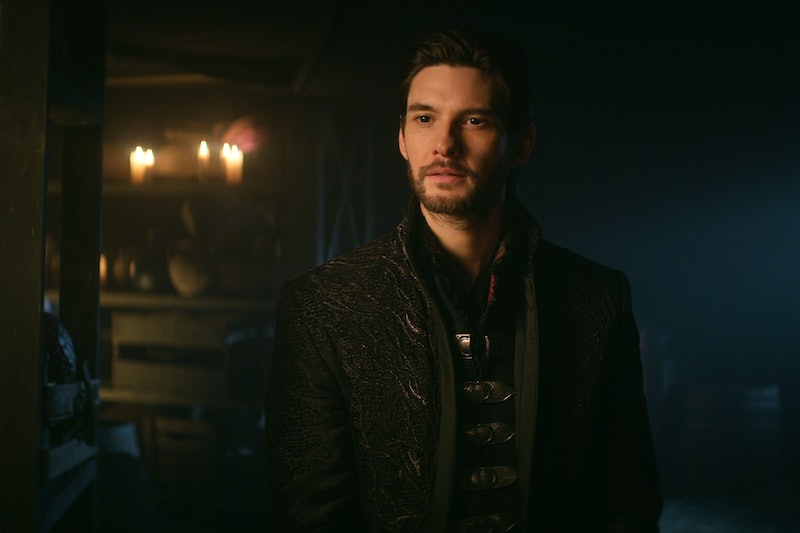 Fans of the Shadow and Bone book series will immediately notice one of the biggest deviations Netflix’s Shadow and Bone makes from its source material: the choice to give the Darkling a new moniker, “General Kirigan.” Writer and executive producer Eric Heisserer tells Bustle that the decision to change the Darkling’s name wasn’t pre-planned. In fact, the change wasn’t made until production on the series was already in full swing.

“That’s one of those decisions that you don’t think about until you get into the adaptation work,” he says. “You have actors saying that name aloud, and it bugs you in a way it that doesn’t when you’re reading.”

Instead of sticking with the nickname, Heisserer and his team decided to give the character a new alias, in keeping with the Darkling’s penchant for “dying” and later returning to Ravkan society with a fresh identity.

“We knew that he need[ed] a kind of disguise,” Heisserer said, “considering that he doesn’t want people to know how incredibly old he is. Giving him a name and [having] him change that name out every time he goes off and pretends to die and comes back... felt like it was a better mythology.”

At the end of the day, General Kirigan and the Darkling are the same character, and no bones about it. But who is the Darkling, really, and why does he need to fake his death and assume new identities?

The Darkling shows up early on in Bardugo’s first Grishaverse novel, Shadow and Bone. He’s the leader of Ravka’s Second Army, which is made up entirely of Grisha: talented humans who can manipulate matter to heal, hurt, change, and even kill. As a Shadow Summoner, the Darkling has one of the rarest Grisha powers — the ability to control darkness — and it’s this talent that connects him to Ravka’s most troubling and fearsome place.

For 400 years, a strip of darkness known as the Shadow Fold — the work of a powerful Grisha called the Black Heretic — has divided the country in two. Given their poor relations with the neighboring nations, Ravkans no choice but to travel through the Shadow Fold to reach the trading centers on the other side. Few are able to pass through the Fold safely, however, because anyone ventures inside risks being eaten by one of its monstrous denizens, known as the volcra.

Although the Darkling passes himself off as the 120-year-old great-great-great-grandson of the Black Heretic, he’s actually much older... and much more closely related. As it turns out, the Darkling is the Black Heretic, and has faked his death several times to avoid suspicion. Although he tells Alina, the Sun Summoner, that he intends to destroy the Fold to correct his ancestor’s mistake, the reality is that the Darkling needs Alina to destroy the volcra so that he can take over the Shadow Fold and use it to punish his enemies.

Because the volcra can only be destroyed by a Sun Summoner, the Darkling takes control of Alina using a special amplifier — an object that a Grisha uses to make their magic stronger — and attempts to use her powers for his own ends. He’s thwarted when he endangers Alina’s best friend, Mal, and she manages overthrow the Darkling’s control and flee, leaving him in the Fold with the volcra as Shadow and Bone comes to a close.

More like this
Netflix Shut Down 'Bridgerton' S3 Rumours About A “Very Dark” Storyline
By Bustle
Bill & Frank’s 'The Last Of Us' Episode Has Twitter Emotionally Wrecked
By Alyssa Lapid
'RHOSLC' Star Jen Shah Refuses To Do A Post-Sentencing Interview With Andy Cohen
By Brad Witter and Jake Viswanath
Anne Hathaway Shared A "Thrilling" 'Princess Diaries 3' Update
By Darshita Goyal
Get Even More From Bustle — Sign Up For The Newsletter
From hair trends to relationship advice, our daily newsletter has everything you need to sound like a person who’s on TikTok, even if you aren’t.