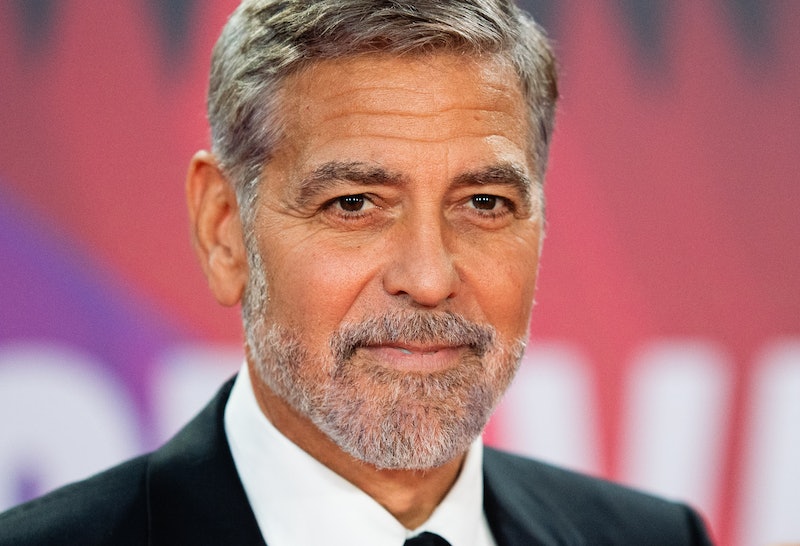 George Clooney thinks the film industry has changed immensely since the Harvey Weinstein scandal and the rise of the #MeToo Movement. In a recent interview with The Sunday Times, the 60-year-old actor said that a variety of measures have been put in place to protect women in Hollywood from workplace sexual misconduct. “It’s changed in this way,” he said, per Daily Mail. “On top of the terrible things Weinstein did, being a jerk at work is now not OK.”

Clooney explained that the rules are different now, even for higher-ups. “Just because you’re a boss, it doesn’t mean you get to sh*t on people,” the Midnight Sky star continued. “You can’t get away with being a d*ck anymore — you’d get ratted out. After all, that’s exactly what happened to Weinstein, who was accused of rape, sexual assault, and sexual abuse by dozens of women in 2017. Since then, 87 women have accused the disgraced film producer of sexual assault. The accusations ranged from unwanted sexual advances to rape.

Rose McGowan was among the first to accuse Weinstein of rape. In 2018, she told the Associated Press that he can “fall off the planet” after he claimed their relationship was “consensual.” Kate Beckinsale recalled Weinstein offering her alcohol during their first meeting when she was just 17 years old, and Cara Delevingne said he tried to kiss her in a hotel room. Salma Hayek, Lena Headey, Angelina Jolie, Lupita Nyong’o, and Gwyneth Paltrow were just some of Weinstein’s other accusers. He has since been found guilty of rape in the third degree and criminal sexual act in the first degree.

“Now there’s sometimes an overcorrection, where everyone points fingers,” Clooney told The Times, “but that will settle. It always does.” He also told the publication that private meetings between producers and young women trying to kickstart their acting careers simply don’t happen anymore. “I can’t imagine some producer having a casting session alone in his hotel room with a young girl anymore,” he said. “It’s moving in the right direction.”

While there’s certainly been progress, Clooney acknowledged that there’s still room for improvement. And when he was asked what changes need to be made to ensure the safety of women in professional settings, he said that only time will tell. “We’ll know when we see how wrong something else goes,” the Tomorrowland star said. “I’m sure there’s more and someone will tell us, then we’ll have to pay attention to it.”

More like this
Naomi Osaka's Boyfriend Cordae Is A Grammy-Nominated Rapper
By Jordyn Tilchen
Chrissy Teigen & John Legend Reveal Their New Baby’s Name & Share First Photo
By Stephanie Topacio Long and Jake Viswanath
12 Years Ago, Austin Butler Manifested His Oscar Nom In This Disney Movie Scene
By Jake Viswanath
Everything To Know About The 2023 Grammy Awards
By Jake Viswanath
Get Even More From Bustle — Sign Up For The Newsletter