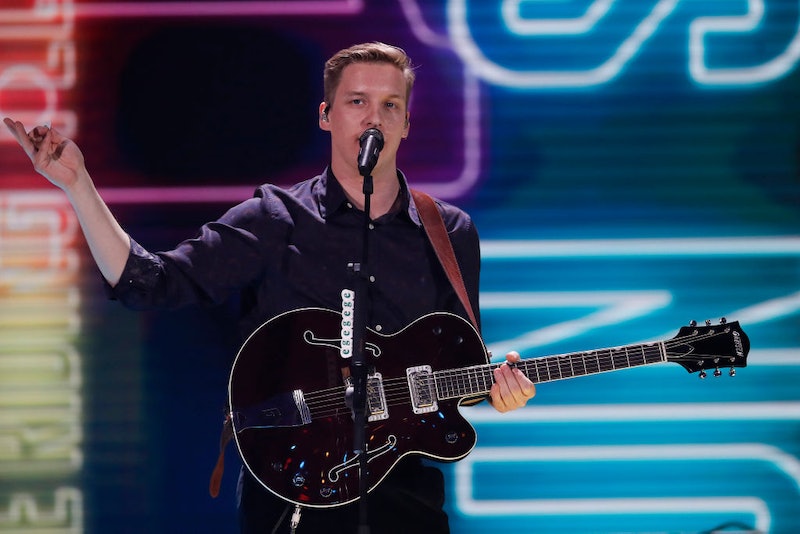 It’s not uncommon for musicians and celebrities in the spotlight to face mental health issues. From time on the road to the demands of living in the limelight, life in the public eye can put additional pressures on anyone. Singer George Ezra has opened up about his struggles living with anxiety and a form of obsessive compulsive disorder (OCD), called Pure O.

Speaking to the BBC's How Do You Cope podcast, the 27-year-old singer described the symptoms as feeling “like you're testing yourself”. Compulsively thinking of the “worst thing” to say in any given situation, Ezra would then punish himself for being a “horrible” person. “Whilst everything is going on in your head, you're vacant to the world around you and you're not really there.”

“I heard about it and instantly there wasn't a doubt in my mind,” he told the show's hosts Elis James and John Robins. “I said, ‘That’s it. That's what's going on. That's what I'm experiencing.’ In hindsight, this is something that I had my whole life.”

The mental health charity Mind’s definition of Pure O, which stands for "purely obsessional", is a type of OCD where some people experience distressing intrusive thoughts but there are no external signs of compulsions (for example checking or washing). “The name is slightly misleading as it suggests that there are no compulsions at all,” its website explains. “If you have Pure O you will still experience mental compulsions but you might not be aware of them. Because they are not as obvious as physical compulsions, it can sometimes be difficult to define exactly what these compulsions are.”

“I think we all know OCD... we hear about extreme cases where people have to flick a light switch X number of times before they can leave the house,” Ezra told James and Robins. “My understanding is what that is is a physical reaction to intrusive thought patterns, about whatever it might be. 'Pure O' is when you have the thought patterns and the intrusive thoughts without any of the physical actions to relieve them.”

The experiences have also been informing the writing process for his next album. Whilst his Staying At Tamara’s hits like “Paradise” and “Shotgun” are about “escapism” and “dreaming”, the lyrics on his next record will be centred around “the idea of confronting these things," he said.

Ezra hopes that by talking about the condition and his struggles with anxiety publicly, it might help others who are in the same position. “I find when people talk about their health and their mental health it’s hard not to get a bit clichéd,” he continued. “The only reason I talk about it publicly is because I'm loosely aware of the idea that somebody hearing me talk about this might be helpful.”