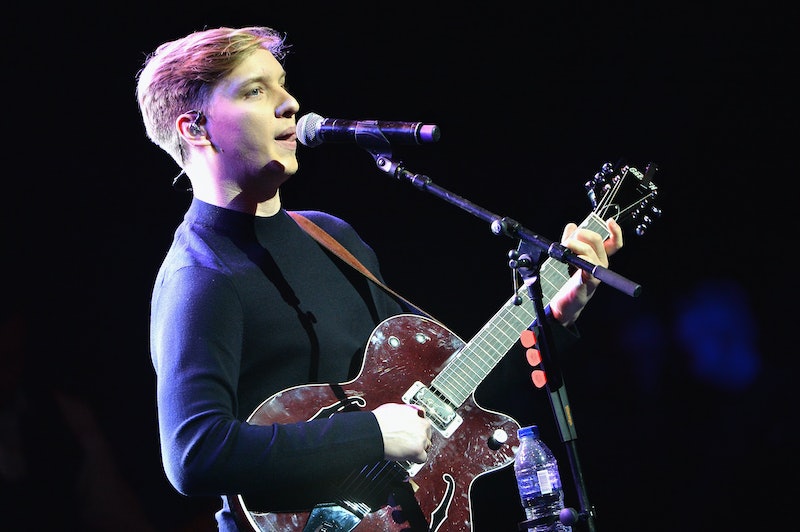 British singer George Ezra has enjoyed outstanding success with the release of his second album, Staying at Tamara's. In addition to chart slayage, the 25-year-old has also recently received nominations at the 2019 BRIT Awards, where he will attend alongside some of the biggest names in pop music. But little is known about the "Paradise" singer's life outside of music. So, who is George Ezra dating?

According to the Express, it would appear the Brit Award nominee is in a relationship, as during an interview with the BBC back in April 2018,Ezra admitted that he was seeing someone. He said: "Yes. Three months or four months before the last record was completely wrapped up, I met my now-girlfriend. The timing was brilliant because we actually got to spend time together and go on a few dates." During the interview, the singer also admitted that the many romantic anthems on the new album were inspired by how he fell in love with his current girlfriend, before continuing on to reveal "That was the one blessing about it taking me so long to write this b***** record!"

When speaking to the Press Association about his love life, the young Brit also discussed how he was indeed in a relationship, and detailed some of his most recent lyrics. As reported by NME, Ezra went on to explain the lyrics to his hit "Paradise," and stated that "Instead of a particular story it’s more of a feeling that takes over when you’ve fallen in love which is just quite heady, isn’t it."

Since the interview there has been no suggestion of a split between Ezra and his girlfriend, reports the Express, and it would appear that the couple like to keep things private anyway, as little is given away on the star's social media accounts. The singer's most recent album, Staying at Tamara’s, was the fastest selling album of 2018 at the time of its release, and many fans were quick to speculate if Tamara was in fact the name of his girlfriend. According to the BBC, the album's title is actually inspired by the name of an Airbnb owner in Barcelona — where Ezra had stayed during travelling.

In an interview with the broadcaster, the "Shotgun" singer explained in more detail his interaction with the woman in question. He said "The thing is, she loved music but it was quite obscure music — to me at least. One night it was me and her in her room — a bit of red wine, and we had Spotify on, and she said, 'You've got a guitar, do you play at all?'" Ezra then continued "I was a bit sheepish, I tried to deflect it, but then she went, 'Do you have anything on Spotify?' and I was like, 'OK, here we are. Either I lie, or I tell her.' And then another girl who was staying there as a guest stormed in and went, 'I knew it was you!'"

As previously reported, Ezra is nominated multiple times at the 2019 BRIT Awards in the British Male Solo Artist, British Album of the Year, and British Single of the Year categories, reports the Guardian. And after the year this talented young man has enjoyed, I couldn't think of a more deserving artist.